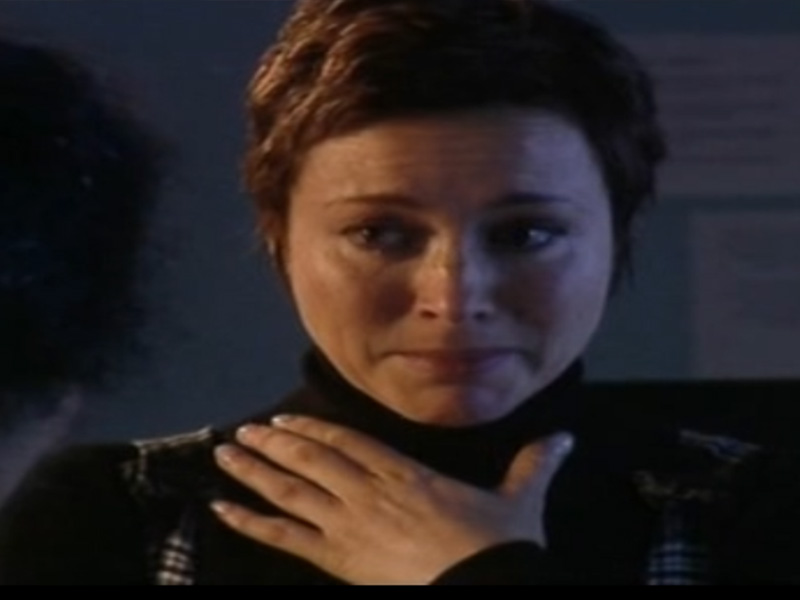 With their baby daughter Grace still in intensive care, Connie is still refusing to talk to Sam. When Sam tells Chrissie that he plans to report Connie to the CEO and she advises him to handle things carefully, he accuses her of being on Connie’s side. Later, when Sam tells Connie he has applied for parental rights – she threatens him by saying Grace might not be his child. Sam demands a paternity test.

Faye visits a distraught Kyla at home and is tidying up when she finds Kyla and Harvey’s wedding video in the bin. Kyla learns that Max’s press conference has moved to this afternoon and asks Faye to come and support her, but when she asks Dan to vouch for her he’s negative. Later, as Max is questioned by social services, Kyla worries that they will turn him against her. She is allowed him back however when they return home, they argue and he requests to go back to his foster family.

Thandie is taken aback when the Hunt family request a second ‘British’ opinion on Harry’s condition. When Thandie tells Maria to treat Harry and his condition worsens, Elliot has a go at Maria before Dan tells him it was Thandie’s mistake. Later, when Thandie tells Harry he has cancer but that his surgery will be delayed, he hurls racist abuse at her.

A deaf woman, Libby Woods, comes into the ward, having previously had a hernia operation and is forced to admit the truth to her boyfriend – that she isn’t deaf.

Chrissie reminds Mark that it’s her late mum’s birthday – but he says he’s too busy to celebrate with her.

Following tests, Connie makes the heartbreaking decision to turn baby Grace’s machine off. When Sam hears he rushes to ITU to say his goodbyes. Connie reluctantly lets him stays. Sam holds Grace and discovers she is breathing on her own.

* ‘I can’t sop my life for every sentimental anniversary’ Mark tells Chrissie.

* Ric tells a patient ‘In a relationship, people only see what they want to see even if it’s staring them in the face’.