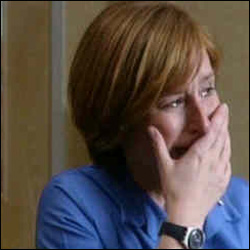 Nick used to be on the firm of a man called James Roberts who has sent a bad report of Nick to Meyer. Nick says it was because he spoke rudely to Roberts about the beds he kept from A&E for electoral surgery. Meyer tells Nick that he should have come to him rather than tell Roberts to his face.

Kirstie is worried when a patient that Kirstie has put on a new drugs trial arrests. She’s sure that the drug was too blame and says she should inform the drugs company as other doctors could make the same mistake. Muriel says it would make the hospital a laughing stock. Kirstie writes a letter to the company anyway which she shows to Ray. Ray suggests that she doesn’t send it so Kirstie throws it away, though she later takes it from the bin and faxes it to the company.

Muriel tells Nicola Fallon’s parents that tests prove that Paul didn’t rape her. Nicola’s father is still furious but Nicola’s mother thinks Paul was doing good. She asks [ID 593]Karen[/ID] if Paul could come back and see Nicola. Karen says she can’t do that so Mrs Fallon goes to Muriel who tries to contact Paul. Ray says he has gone to Leeds but he will let the Fallon’s know when he comes back.

Tina Seabrook (from CASUALTY) is talking to Ray and Jasmine and tells them that Nick is married to Karen. Ray tells Kirstie who is furious with Nick, despite the fact that she claims her and Nick aren’t together. He says that they are still legally married but that it was over and apologises for not telling her. When she goes, Karen sarcastically comments on his treatment of her and says that he’ll get himself a bad reputation. 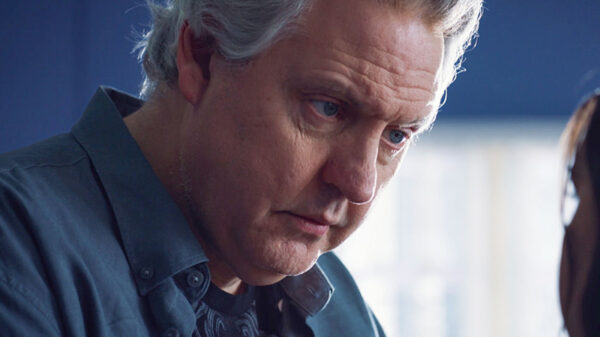 Jac must fight for control of the hospital when a returning patient wreaks havoc. Reeling from Skylar’s tragedy, the F1s try to cover their...