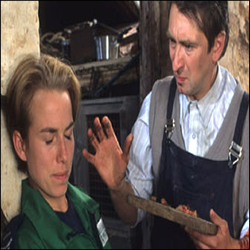 An illegally adopted boy is kidnapped by a Romanian woman claiming to be his real mother. After an accident he is brought to casualty where the truth begins to emerge.

Staff Nurse Kate’s son is involved in a fire at an amusement arcade. he has been avoiding his irritable father, Trevor, who resents having been forced to take early retirement.

Liz is held at knifepoint by a clinically depressed man. Josh delays calling the police to try and talk to him. The man tries to molest Liz; she feels betrayed by Josh.

Charlie must make huge cuts in his budget. He also meets Baz’s husband Peter for the first time. Peter tries to be friendly, though he knows Charlie and Baz had an affair nine years ago.

S10 E12 (2 Dec 95) : Bringing it All Back Home by Rob Gittins Episode Summary On the river a boatyard owner causes an accident... 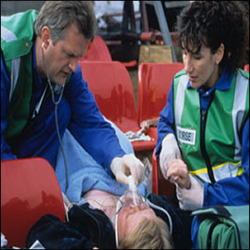