Adam has taken a holiday break in Lanzarote. Charlie tells Kate he is envious of her that she is able to go home to a family after work.

Mike asks Rachel out to dinner, meanwhile Matt decides not to give evidence at Ash’s court case for the sake of his family after he gets a brick thrown through his window. An angry Jude tries to change his mind.

Twelve year old adopted school girl, Beth, decides to run away from home. In the station cafe a man approaches her. Worried she runs off, and he innocently chases after her to return her purse. Beth is knocked down by a luggage trolley and is taken to A&E by the paramedics. At Holby she is reluctant to give any personal details but eventually gives Kate her mother, Anna’s office telephone number. Busy at work, Anna asks her husband, Simon to collect Beth from the hospital. Kate recognises him as a Consultant from Queens Hospital. Beth becomes upset when she sees him, and tells Kate he has been abusing her. Kate is unsure if the story is true and finds out she made the allegation once before. Worried about breaking up the family, Beth again decides to retract her story, but later slips up and Kate realises she was telling the truth in the first place.

Edith, an elderly lady, tells Jude that she has hurt her wrist in a fall, but Rachel believes that the injury is not new. Eddie confirms her suspicions and Rachel discovers that her son beats her, but she refuses to take any action, convinced that living with her son’s abuse is better than living alone.

Albert Collins, a pensioner, attaches a garden hose to his car exhaust, shuts the garage door and switches on the engine. Shortly afterwards, his neighbour, Frank, takes round a wrongly delivered post and discovers him. At Holby, Charlie contacts Albert’s daughter, Jane, and is surprised by her composure. She is convinced that Albert was gambling on being found in time and was simply seeking attention. She tells Charlie how badly her father treated her mother. Frank turns up and confirms that, if he had not been delayed that morning by his sick wife, he would have gone round to Albert’s house a few minutes earlier. Without a word, Jane leaves.

Beth stands on a stool in her bedroom to reach a box on top of her supboard, but falls over. Mother, Anna, enters;

Anna : What’s happened? Are you alright?

Beth : Yeah, I want my old teddy. (Anna retrieves it)

Anna : Now let me have a look at that ankle

Charlie : You’re supposed to be having your lunch

Charlie : Last one there’s a…

In this article:Cas Series 9, Gillian Richmond 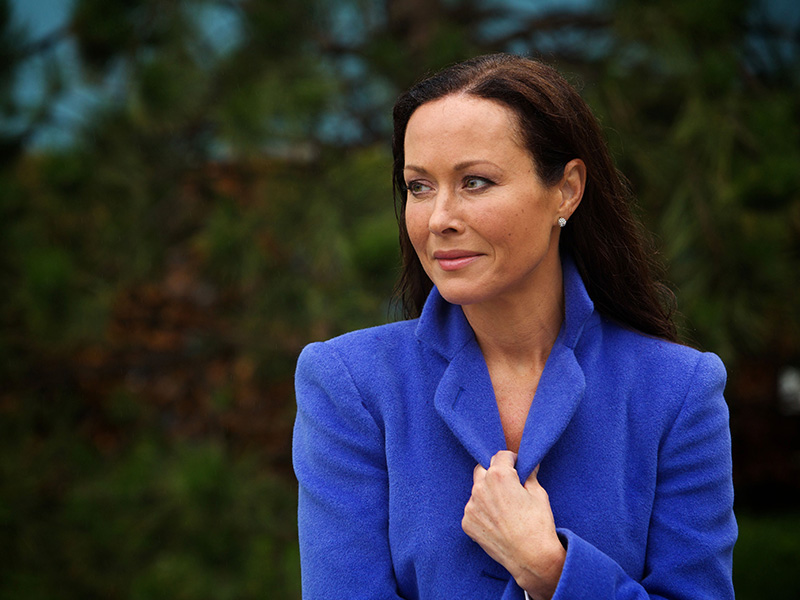 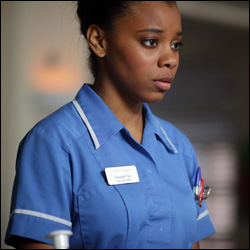 S13  E31 (17 May 11) : Step on Up by Gillian Richmond Episode Summary Elizabeth tries to remain level-headed when her grandmother turns up...