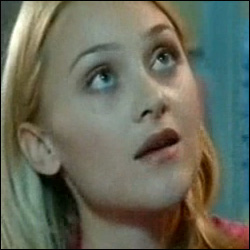 Gemma is staying at Dillon’s house – while he is asleep, she walks into his bedroom and tries to get into his bed, naked. Dillon wakes up and promptly tells her it’s not what he wants. Upset she walks out.

A gang of youths walk into reception – they cause a disruption and steal a number of patient’s bags before running out. Outside one youth, Travis, tries to grab Lara’s bag – but she punches him in the face. Jan tells Tony off, saying he should have been more aware. Tony discusses with Anna a new EDA nursing post which he was thinking of applying. He decides not to because of his past criminal convictions and throws his application form in the bin. Without him knowing, Anna takes his form and hands it to Charlie, saying he would be a suitable candidate.

A woman, Rhea Yates, who arrives with a leg injury decides to make a complaint with Charlie and Jan, threatening to sue because of the theft of her bag which she claims contained £1,000. The staff do not believe her, especially when her bag is found in the ladies toilets and Gilly discovers she wasn’t even admitted when the raid happened.

A teenager is later dragged in with his mother, after suffering a broken nose. He hides his face – and when Lara treats him, she realises it is Travis, who she assaulted earlier. He is arrested.

A man, Lee Henshawl, is brought in after being attacked at the station. When he is taken in, the ambulance is ambushed by an angry mob. Later his mother, Louise, is also brought in after taking an overdose of sleeping pills and driving her car into a skip. She refuses to see Lee, and the team discover he was in prison after killing a 16 year old boy, trying to protect his mother’s name. Outside A&E, the murdered boy’s father stabs Lee in the chest – he faces an emergency operation to save him. Louise wishes to see him but realises it’s too late.

Nikki and Josh are called to an underpass where reports have come in regarding an injured woman. They find Gemma, walking in the road, with minor injuries. She claims to have been hit by a car, and even tries to accuse patient Louise. But Charlie believes her to have self-harmed herself in an attempt to gain Dillon’s sympathy. Charlie tries to warn Dillon of getting too involved.

Lara has passed her grade two exams. Her and Patrick’s strong personalities clash, when he wishes her to come to London with him. Anna sees Gilly in the toilets selling drugs and Charlie tells Tony he has got the EDA job.

* Gemma Harvey – brought in with minor cuts after being found on motorway, claims to have been hit by car.

* Travis King – facial injury after being hit by Lara.

Gang of youths walk into reception, Spencer drops his files and one lad picks them up for him;

Spencer : Thanks, thanks alot. (to Duffy) Just like I always said, youths of today – not all bad!

Lara and Patrick are sitting on a bench outside A&E;

Patrick : It’s not as easy as that

Patrick : Because either way, one of us has got to give

Lara : Why would either of us do that?

Patrick : Because we… because I…

Lara : Nah forget about it.. (she walks of smiling)

In this article:Cas Series 16, Tony McHale