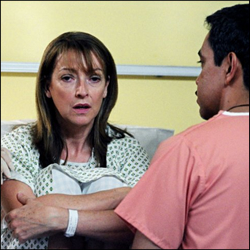 Jess wakes up in Zubin’s hotel room after spending the night with him, as the medical drama continues. At Zubin’s second interview, he is offered the job but is unsure whether to accept it. However, Jess later tells him she will look for a job in Paris and they can live there together.

Having lost all their money, Ric and Donna wake up together in bed – sleeping head to toe. Later, Ric goes to find Zubin and admits that he’s been gambling. Ric says that Jess must never find out – he has already lost Leo and cannot risk losing her. This leads Zubin to have a heart to heart with Jess; he tells her that their relationship could never work because of Ric. He has decided to accept the job and stay in Paris – alone.

Back in Holby, Rosie treats a patient who has received IVF treatment and tells Mubbs that she is considering the idea.

Meanwhile, Carlos tells Tricia he will pay for her to get the lump removed at the Hadlington that day. She goes ahead with it and Diane and Carlos assist on the operation. But when the surgeon finds a second lump, he tells her she will need a mastectomy. 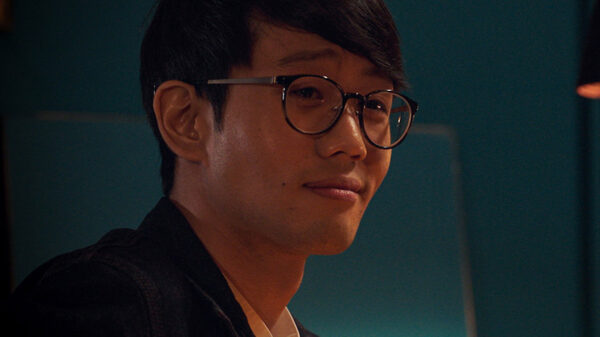 With all eyes on Eli’s surgery, how will Amelia break her devastating news to her oblivious husband? Ollie is shocked to see a blast...