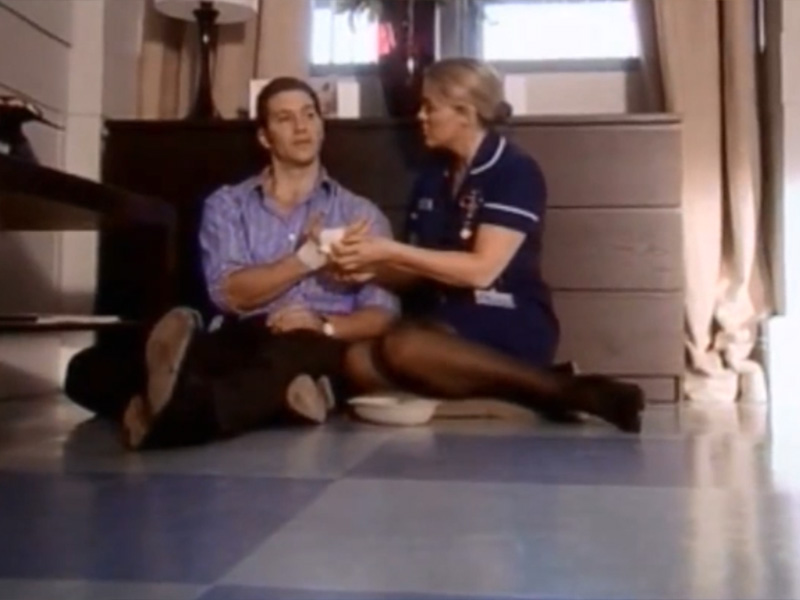 Joseph’s brother, Harry, who’s been in a coma since an insulin overdose, deteriorates and is brought into hospital for an operation. When Joseph learns that Jac will be assisting Michael in surgery, he uses this as an excuse to get some fentanyl from the drug room to calm his nerves.

When a shocked Faye finds Joseph about to inject himself, Joseph admits that he has OCD. As Joseph tells Faye that he blames himself for Harry’s condition, Faye confides in Joseph that the police have been quizzing her about her ex-husband James. Later, Joseph and Faye are at Harry’s bedside when they kiss.

Meanwhile, Sam is keen to carry on working despite his poor physical health but when he struggles in theatre, Connie is forced to take over. Later, Connie warns Sam not to compromise patient care.

And Maddy suspects that a mother is making her daughter ill and consults Linden.