Called in to comfort a young patient’s mother, a vicar tries his best to get out of officating at a wedding ceremony later that day, but fails to find a replacement.

Mike tells Daniel that the hospital is being sued by the son of a Bengali woman wrongly diagnosed by Daniel. Meanwhile, workmen in the department upset the staff, particularly Rachel, with constant sexist comments.

After the wedding the best man, a gay liberationist, threatens to ‘out’ the vicar unless he owns up to his sexuality. Later the vicar hangs himself and is found by his housekeeper; he dies in hospital, and she confronts th bext man, blaming him. 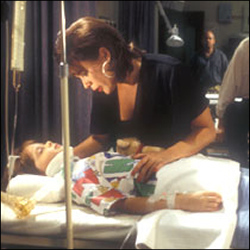