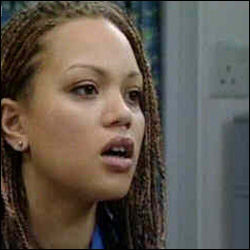 Nick tells Julie that a patient had asked him to order the flowers and chocolates for Kirstie and that flattery like that isn’t his style.

Victoria upsets a patient’s wife when she says that an operation may need to be postponed due to a problem with his heart. She asks Muriel McKendrick’s advice, who agrees with Victoria. The wife is angry at Victoria until she overhears Muriel telling Nick that if the patient had had the op today then he could have died.

Kirstie has an exam but in the morning she goes to see Harry, an elderly patient with a weak heart. In the ambulance, he goes into cardiac arrest and he has to go straight into theatre. Nick asks if Kirstie will assist and then he asks her out to dinner to thank her for missing her exam. Muriel says it will be another three months before she can take the exam, but pulls a few strings so that she can take it the next day. Kirstie stays with Harry, instead of going out with Nick.

Julie’s still behind with her bills and the childminder turns up at the hospital saying she can’t look after Rosie anymore as she’s not being paid and has other work. Julie spends the shift hiding her from Karen, and Ray and Carl and Nick look after her too. When Karen finds out she is angry.

Carl and Jasmine are arguing again and Jasmine suggests that they talk to sort things out. Carl says there’s no point but she grabs his arm and insists they talk. He pushes her away and hits her. He apologises immediately and says it was an accident but Jasmine tells him to get away from her. 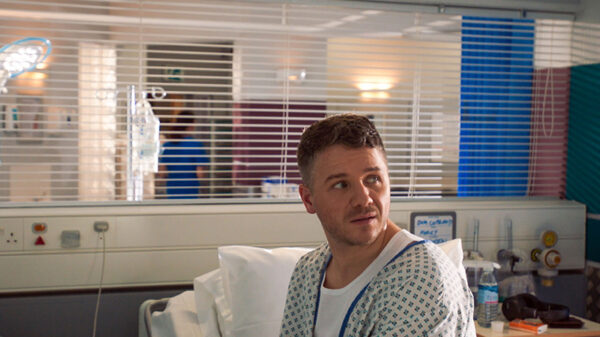 Dom’s plans are frustrated when Ange blocks his discharge, and he may suffer extreme physical side effects when he takes matters into his own... 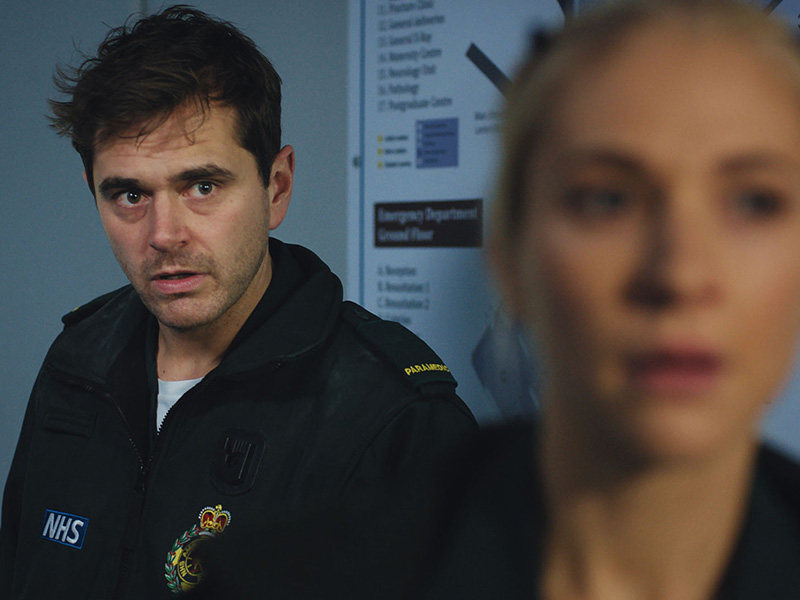 Marty plays counsellor for a couple who having problems with their relationship. After a busy and fulfilling day – treating patients including a girl...