Abra returns to Holby but there is friction between him and Ric, who is still annoyed with the maverick doctor for letting Diane leave.

Kim Felix is brought in with abdomen injuries following an accident. Her half brother, Pete, comes to visit her. He is awaiting a kidney tranplant and Kim is his donor. Ric and Abra conflict about delaying Pete’s transplant. Abra gets Mickie on side and tries to perform an operation behind Ric’s back, however just as he finds out, Kim needs to be rushed into theatre anyway. There they are forced to remove her damaged kidney, Abra is upset that he now has to break the news to Pete, having earlier promised him he would get his transplant. Abra suggests there are other alternatives such as using an animal donor transplant, however says it would need to be done on the quiet because it it illegal.

Meanwhile after treating Kim, Mickie and her become increasingly flirtateous. Mickie is worries about the ethics of becoming involved with a patient, but decides to kiss her.

Chrissie asks Kyla to apologise for her behaviour the previous day but Kyla refuses. [ID 1598]Sam[/ID] comes in late after a rendezvous with Connie and apologises to Chrissie for standing her up the previous night. The pair bicker but later make up and arrange to meet that evening. But it looks as if Connie will get her claws into him again.

Baby Leanne’s dad, Steve, is brought in after being unwell. When it transpires that he has been using drugs, Lola offers to take temporary custody of Leanne.

Teenager Tim White comes in with his half brother Ally. He has injured his wrist after making a video of himself performing stunts. When he falls down steps in his wheelchair and injures himself further, staff realise he has been doing it for attention since his mum left. Chrissie is appalled by Ally’s lack of sympathy.

* Steve Spence – septicemia and traces of heroin in his system.

* ‘You always have to make an entrance,’ Ric tells Abra, adding ‘Your people skills suck’.

* After Chrissie slaps Sam, Kyla says ‘She calls me agressive!’

* ‘What’s this I hear about Chrissie using your face as target practice?’ Connie asks Sam.

* Donna enjoys winding Chrissie up about Sam. When Chrissie asks her to fill up stock, Donna retorts, ‘Yeah alright, just don’t hit me!’

* When Mickie tells Kim her fears over ethics, Kim says ‘You’re so straight! I can’t bear it’.

In this article:HC Series 8, Paul Coates

Episode Summary Diane is back at work but there’s still friction between her and Jac. Ric tells Diane that she should apply for the... 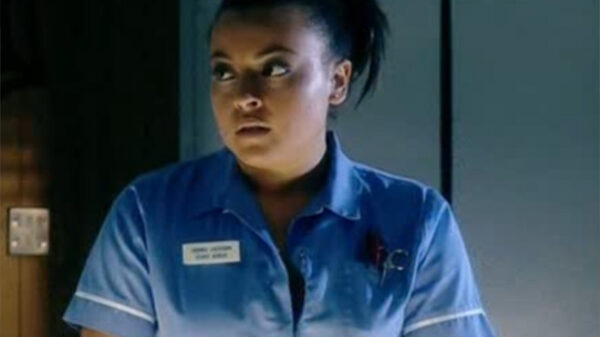 Episode Summary The atmosphere between Ric and Abra is still tense. Abra is soon up to his old tricks and tries to steal old...