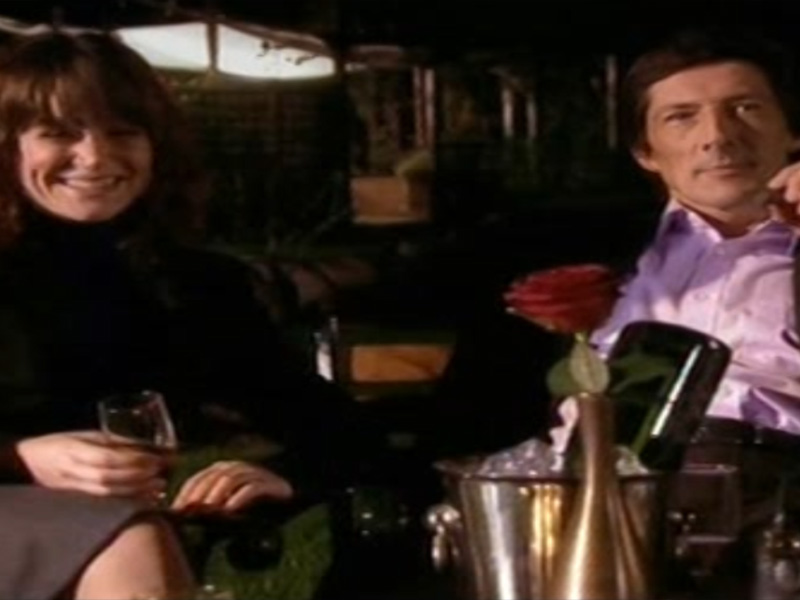 Diane and Jac speculate about Dan’s connection to Abra’s sudden departure and also witness the arrival of new SHO Maddy Young, who is already familiar with Dan.

Sam asks Chrissie to accompany him to a work dinner, but they fall out when he says that he sees her as just a friend. But later the pair kiss. Meanwhile, tensions run high between Connie and Sam when she feels suffocated by his concern for the baby.

Elsewhere, a mystery man from Dubai, Jake, turns up in Holby looking for Abra. He is taken ill. Needing an endoscopy, Jake reveals he is allergic to anaesthetic so Jac decides on a radical approach of using hypnotherapy instead before doing the procedure. After the successful operation, Maddy diagnoses a tear in his esophagus.

Lord Byrne has set up a team to go to Dubai comprising of Joseph and also the recently departed Abra, so Jac is keen to take his place.

Whilst Jac is also attempting to impress Dan, when she realises both her and Diane are up for promotion to Consultant. She is upset when Dan offers Diane the position. Seeing her disappointment, Joseph pulls strings to get Jac a place on the trip to Dubai.

A young couple, Luke and Zoe are brought in following a car accident. Luke is in a serious condition whilst Zoe has a leg injury. When Luke’s mother turns up, she immediately blames Zoe for the accident but later realises how little she knows about her son.

A pregnant woman, Louisa, with a heart murmur, is brought in with her overbearing husband, Danny. When scans show the baby has possible mental and physical problems, Danny is angry to learn Louisa already knew this from a previous scan but kept it from him as she wanted to keep the baby against his wishes. When her condition deteriorates, in theatre she has an emergency c-section where her baby is delivered.

* On seeing new SHO Maddy playing with Dan’s golf clubs, Jac says ‘Whoever she is – she’s got balls!’

* Connie allows Sam one question, ‘Is the baby OK?’ he asks. ‘She’s OK’ Connie grins. Knowing he is just about to say next ‘It’s a girl?’

* Realising why Sam is so overly concerned about Connie, Elliot asks her ‘What would I have to do to get that sort of affection from Mr Byrne?’. Connie replies ‘Wear a white coat.. or father his child!’

* ‘Impression of Miss Naylor?’ Dan asks Maddy. ‘I only do Tommy Cooper!’ she says.

* Dan says there are 5 things he admires in a doctor; ‘Colaboration, courage, skill, integrity and an hour glass figure – 4 out of 5 ain’t bad!’ he says to Diane.