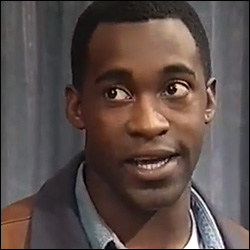 After arguing with her husband before he went out, Norma decides to go out and rent a video. Whilst she is in the shop, a boy steals her purse from her bag. Norma runs after him, shouting for him to stop. The boy turns a corner and runs down some stone steps. Norma follows but loses her footing. She falls, and an ambulance is called. In hospital, Norma admits to Duffy that she is going through a difficult menopause. Duffy says that Norma should have told them sooner, but she replied that she was too embarrassed, and she didn’t want everyone knowing her business. Later, Norma goes home and makes up with her husband. They hug.

Jane meets with Mark Calder, who offers her a job as line manager for A&E. She tells Mark that they are her friends down there, and he replies saying that they probably won’t be if she takes the job, and would she be able to cope with that? She says that she would. Later, Josh can tell she has something on her mind but she does not tell him what it is.

Charlie is looking forward to his weekend away with Ken, but Ken seems distracted whenever Charlie tries to speak about it. Eventually, Ken asks Charlie if he can have a word. They go into Charlie’s office, and Ken tells him that he can’t go on the weekend. Charlie is puzzled and hurt, and asks why. Ken admits that he’s in love with Charlie, although he knows that Charlie doesn’t feel the same way. He says that the weekend away would have been too awkward.

Later on in the shift, Duffy notices that something is wrong with Charlie. She asks him, and he tells her what has happened previously with Ken. Duffy tells Charlie that it was obvious how Ken felt, and that he should have realised sooner. She asks him if anything has happened between them, which Charlie denies. Charlie says that the one decent relationship he had is now ruined. This upsets Duffy and she leaves his office.

Ash meets an old flatmate and his friends. It is his flatmate Dennis’ birthday and they celebrate by going to a nightclub. Whilst there, Ash spots someone he knows, who is a bouncer. It is his first day. Later, Dennis gets very drunk and accuses his girlfriend of flirting with Ash. She denies it and he begins to get aggressive. The bouncer tries to calm him down; but Dennis hits him with a bottle. In return, the bouncer thumps Dennis, who falls down unconscious. At the hospital, Dennis dies and the bouncer begs Ash to cover for him, as he’ll be arrested. Ash says that he has to tell the truth.

* Norma – cuts and bruising from the fall.

* Dennis – dies after being punched.

Norma: Kerry’s not coming over after all.

Ash: You know sometimes I think I’d be a lot better off if I didn’t have any friends at all. I could get on with my life and not get close to anyone. It’d solve so many problems. Ever felt like that, Charlie?