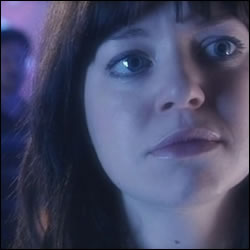 Ruth, who is struck with grief and depression following last week’s fatal misdiagnosis of a patient, is found hanging in halls of residence.

As the department tries to come to terms with what has happened, Harry reflects on what could have been done differently. He has Ruth’s diary, and reads back over her last few months in the ED department. Her driving ambition to be a doctor is clear, but also her loneliness and increasing exhaustion.

Harry learns that Ruth had been shadowing a team in Histology, and had become close to the lead doctor – jokingly referring to him as “Dr Doom”. He realised she was pushing herself too far, however, she had misread his friendship and had found his rejection hard to take. At the same time, Ruth had also befriended a terminally ill patient, Rachel, who eventually dies. Whilst trying to cope emotionally, Ruth was also doing long, hard shifts in the ED.

The team gather in the pub to drown their sorrows, and talk about life and death, their regrets and how they could have helped Ruth more. Zoe and [ID 2024]Adam[/ID] share a kiss, but write it off due to incompatability.

Tess and Harry are still at work and, as Ruth lies in a coma, Harry says that they all let Ruth down and that the hospital let her down, too.

* Before starting in the ED, Ruth wrote down three rules for herself;

2. No relationships, no friendships – it’s all about being professional.

* Desperate for their shift to finish, Dixie asks ‘What time is it?’. Jeff retorts ‘It’s beer o’clock!’

* Ruth described Toby ‘Toby de Silva – the boy with a silver spoon in every orephus. My competition, but not much of a contest. A donut in human form’.

* Tess is surprised of Ruth’s suicide attempt, ‘She always seemed so sure of herself’.

* The paramedics tell a woman off after a prank call, Jeff says ‘Don’t be calling us for randy cats!’

* Ruth chooses the song ‘I Don’t Wanna Talk About It’ by Rod Stewart to be played in the Histology dept.

* Ruth’s brother, called Jonathan, and is currently in prison. When he hears of her suicide, he sends a note saying ‘Good’.

* Ruth was called ‘Bambi’ at school because her Mum was dead.

* Zoe and Adam kiss, they regret it and sgrug it off. ‘Incompatable maybe?’ Zoe says.

* Dr Sarah Evans is annoyed when Ruth tells a patient of her condition. ‘Ah you’re one of Harry’s lot – makes sense that you’re a complete imbecile!’

* In the pub, Kelsey and Alice are keen to know more about Zoe after what happened to Ruth. Zoe says ‘I’m not planning suicide till I’m 60 or when my boobs look like spaniel ears!’