Alicia struggles to process the events of her night with Eddie, and collapses at work after refusing to take a break. Just as she starts...More

Dylan struggles to keep his alcoholism under control, as staff on the ED deal with what is suspected to be a case of domestic abuse....More

‘Twist of the Knife’ : As a personal emergency strikes, Mo makes a heart-wrenching decision, and when Nina oversteps the mark with a patient on...More

‘Reap the Whirlwind (Part One)’ : The first day of Cal’s planned strike arrives, and while he and his allies set up their picket line,...More

‘Shock to the System’ : Dylan is distraught when Dervla goes missing – although it soon turns out new F1 Sebastian knows something about the...More

‘The Fear’ : Rita receives a frosty reception from her colleagues after her lies to Iain were revealed, but everyone must put aside their animosity...More

‘Chain Reaction’ : Dylan receives a nasty surprise when Bryan turns up at the ED, having cut his hand smashing a window after locking baby...More

‘One Shot’ : Jacob returns to work but Connie is unsure if he is ready. When the Police Complaints inquiry reveals they think the hospital...More

‘Trust in Me’ : When Harry learns Mary-Claire may be leaving Holby, he’s forced to confront his true feelings for her – but it might...More

‘True Colours’ The reinstated Harry returns to AAU, where he receives much-needed support from an old face – but there are still some awkward questions...More

‘Sink or Swim’ : Malick is shocked to discover that Jake is back working at Holby, but when a difficult case compromises them both, will...More 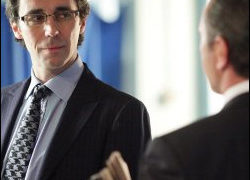 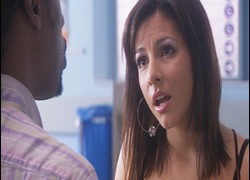 S24 E46 (31 Jul 10) : The Enemy Within by Jon Sen Episode Summary Lenny and Yuki go head to head for the JAFA scholarship; rumours...More