She is currently winning rave reviews for her leading role in a production of Alan Ayckbourn’s play ‘My Wonderful Day’, which is touring the UK until March.

Kindly she took time out to talk to holby.tv about her current role and her time on HOLBY CITY…

You’re currently appearing in a theatre production of ‘My Wonderful Day’, what can you tell us about the play?

It is a new play by Alan Ayckbourn. His 73rd play in fact, and full of the usual satire and humour that characterises his work.

Observant and studious 9 year-old Winnie is accompanying her mother as she works at the home of media mogul Kevin Tate, where she witnesses exactly how childish and disgraceful adults can behave.

The chance to work with Sir Alan Ayckbourn, who directed the piece as well, was an opportunity of a lifetime that I couldn’t miss out on. The challenge of playing this very specific 9 year-old character, who was at the same time very close and very different to myself, is most actor’s dream. The fact that the character is loosely based on the writer’s childhood carries a lot of responsibility, which is scary, but also rather tempting. And as if that wasn’t enough, performing Off Broadway in New York was an unforgettable experience. All in all I couldn’t not be attracted to it!

How does TV/ theatre compare and differ? Do you have a preference?

The traditions and community that are associated with the theatre are very endearing and I really appreciate the discipline and dedication required. It’s quite all-consuming which is very addictive if you’re a workaholic as I am. With television, I enjoy the speed and sheer size of it all – walking onto a set like that of Holby, being part of a huge team and the pressure of delivering the best performance every take, is extremely exciting. A preference? I’d say a combination of the two – filming a brilliantly theatrical script with an excellent team.

Have you read any of Alan Ayckbourn’s work before you started doing the play?

For my sins, I’d have to be honest and say I hadn’t. Whilst on tour, I have been catching up and can’t believe what I’ve missed out on. The superficial simplicity and touching truthfulness is incredibly moving and hysterically funny.

The majority of the cast and crew have worked with Sir Alan numerous times before and have been incredibly generous and supportive. Their knowledge and experience has been invaluable and I’m learning from them all the time.

I think it was at Primary school, either the Head Chimney Sweep in Mary Poppins or the Artful Dodger in Oliver! Professionally, I played Leila in Philip Pullman’s ‘The Firework Maker’s Daughter’ – a play that ended with me standing at the front of the stage while 500 pounds worth of fireworks went off behind me. A brilliant experience with a very creative theatre company.

I grew up living opposite the Theatre Royal Stratford East and have always enjoyed everything from musicals to Shakespeare to pantomimes. I couldn’t say exactly what it is I love about watching brilliant theatre – the magic, the creativity, the live performance – it’s just an amazing art form. My favourite plays are those that completely draw me in and leave me feeling exhausted!

I have always wanted to play Cleopatra in Shakespeare’s Antony and Cleopatra and the Fool in King Lear. Very different I know, but I do love a challenge! It’s the fully-rounded characters that excite me. The sadistic and egotistical side of me would always be tempted by a well-written one-woman show too.

What made you decide to become an actress? Who are your inspirations?

I watched a lot of films and went to the theatre from a very young age and the whole idea of getting paid to do something you loved every day of your life completely inspired me. To be honest I don’t know if I ever made the decision, I just knew it was what I wanted to do. My inspiration comes from those around me; my mother ensured I had a solid education behind me, like a safety net, so I could throw myself into the unpredictable world of show business with a Plan B; my friends and family who have always supported me, and see everything I have ever done – even the really bad bits! – I can always rely on them to give me honest feedback and good advice.

You had a brief stint in HOLBY CITY last year but your exit was never fully explained, was it your decision to leave or was the part always meant to be short term?

The role was always short-term, and my exit was left ‘open-ended’ in case there was ever a need for a sensitive, baby-obsessed nurse in the future!

Did you enjoy your time on HOLBY CITY?

It was a lovely experience being part of the Holby team. From the production team to the crew to the actors, I was made to feel welcome and it felt great to be on such a well-loved show.

Have you kept in touch with any HOLBY cast members?

This industry is so small, that you are never too far from anyone who knows a Holby actor…they’re everywhere!

‘My Wonderful Day’ is touring till March, finally how would you recommend the play for people thinking of coming to see it?

If you are looking for an enjoyable night at the theatre, that includes tears and laughter and the genius of Alan Ayckbourn – whether you are familiar with his work or not – I guarantee a good night. And we’re playing at some beautiful theatres as well. 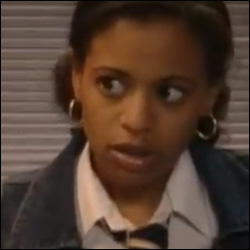 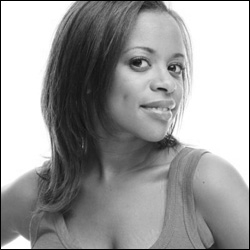 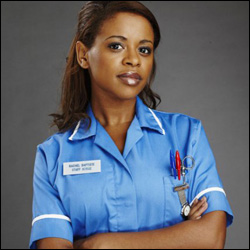