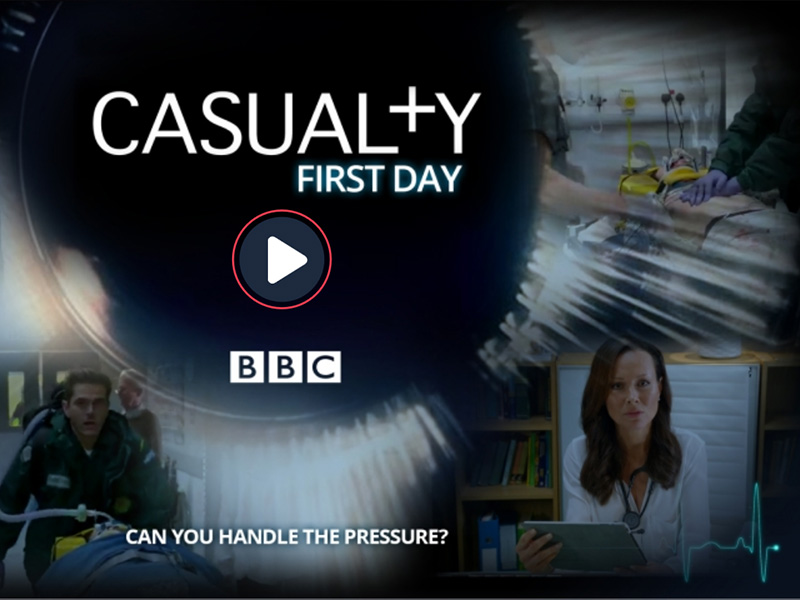 Producer, Wendy Wright, of the interactive episode added, ‘Casualty has been on air for nearly 30 years we are always looking for ways of keeping things fresh and exciting for the audience. As well as something new for existing audiences we are hoping to attract a new and younger audience to the programme.’

Amanda Henderson said on Twitter, ‘I’m so proud of everyone involved in this! Was a toughy but it’s paid off!!!!!’

To have your go at being a doctor, visit BBC Taster: Casualty First Day