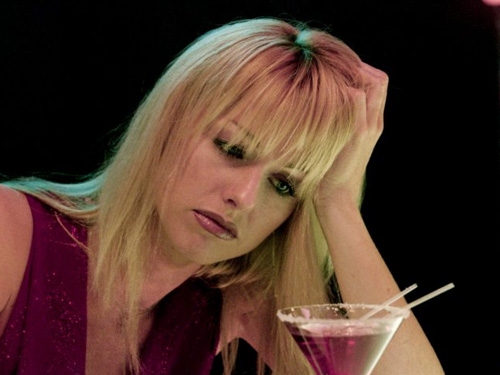 It was mostly doom and gloom for the characters of CASUALTY this year with death, rape, stabbing, miscarriage, racism and mental disorders being some of the things they faced. But it made gripping viewing and showcased some fantastic acting in the cast.

1. Bex Rape – 2005 in CASUALTY will probably most be remembered for the storyline in which receptionist Bex was raped by colleague Claire’s brother, Pete. The court case and events that followed left fans on tenterhooks and despite Pete being found not guilty, he finally got his comeupance when Bex pushed him down a flight of stairs, in defence. ‘It sounds dreadful, but I was thrilled to do something so harrowing – for the past two years Bex has been the comic relief, so I wanted to get stuck into something gritty,’ said Sarah Manners.

2. Guppy/racism/dad – Guppy had always had a strained relationship with his father, Jas. But when Guppy helped expose his father’s dodgy dealings in the hospital, forcing him to leave – he was left disowned by his family. Later Guppy found himself being attacked by racist thugs when he went to the defence of an Asian family and worse was to come when they also beat up his father, so as to stop Guppy pressing charges.

3. Selena stabbing – Selena finds herself in trouble when she’s called to a crime scene in her role as police surgeon and is attacked by a drug trafficker. She’s held hostage but her estranged husband Will manages to track her down. But her ordeal isn’t quite over when the gang realise Selena holds information against them. ‘She’s in a lethal situation but she’s doing what she thinks is best. She’s taken totally unaware when another member of the gang leaps out of the car and stabs her.’

4. Maggie – Dad Alzheimers – Maggie’s first storyline involved discovering her father had Alzheimer’s disease. ‘Once I knew the storyline was coming up, I asked lots of questions, using our medical advisors most of the time, who were great,’ said Susan Cookson ‘But I have a family member who has had to deal with a relative with Alzheimers, it really is a very sad illness, ‘the long goodbye’!

5. Claire’s death – The climax of Series 19 resulted in a suicidal Claire ploughing her car into the harbour with both Charlie and Luke inside. Revenge for them covering up the fact that Bex had pushed Pete to his death. ‘It’s a great episode,’ said Leanne Wilson, of her exit. ‘It’s a guessing game of what she’ll do next’.

6. Casualty@Holby – In the second Christmas special where CASUALTY and HOLBY CITY join forces. A spectacular tunnel collapse causes chaos for some of the staff at Holby, who happen to be involved in the crash. But it’s the heroic actions of Woody that will have fans in tears, ‘It’s a sad episode and a bit of a tear-jerker,’ revealed Will Thorp.

7. Sam/ bi-polar/ Fleur – In Series 19, Sam’s behaviour was becoming increasingly worrying and at first his mother, Tess, didn’t want to admit it. ‘Sam has a mental illness, but it’s not immediately obvious,’ explained Luke Bailey. ‘He appears normal most of the time, but then suddenly does strange things.’ Tess finally faced up to his mental illness and Sam spent time in a psychiatric unit where he learnt to control his condition along with taking medication. However when he met girlfriend, deranged Fleur. She persuaded him to stop taking his medication so she could sell it, which led to more trouble.

8. Abs/ Nina/ Sarah – Romance has never run smoothly for Abs and Nina particularly after Ellen’s blackmail of last year. However Abs finds himself upset and jealous when he learns Nina once had a relationship with a woman, Sarah. Nina is shocked when her ex-lover turn up in Holby, wanting to get back with her, ‘Nina is unsettled by Sarah’s arrival,’ ssid Rebekah Gibbs. Despite Sarah leaving once she got the message Nina wasn’t interested, the events had more of an impact on Abs, who went on to become very suspicious of Nina.

9. Woody/ Matt – Little does Woody know that when he is called to a shout where a boy has trapped his leg in a swimming pool, that he would be later questioning whether he is infact the boy’s father. He recognises Matt’s mother, Susan, back at the department, ‘He remembers he met Susan at a music festival 10 years ago when he was just 17. She invited him into her tent and the rest is history!’ explained Will Thorp. ‘But after the delight of remembering who Susan is, he then realises something else. He slept with her just over 10 years ago – and Matt is 10’. A paternity test later reveals he isn’t his father, and although he acts pleased, Woody is a little disappointed, having spent time with Matt.

10. Comfort miscarriage – Comfort hasn’t had much luck over the years – the love of her life, paramedic Fin, was murdered before she got to tell him she was pregnant. Then she later found out Fin was a bigamist who was already married and had a child with someone else. The stress became too much for her and she loses her baby. ‘She’s in pieces saying it’s her fault,’ said Martina Laird. ‘After losing Fin, her home and now their baby, nothing will convince her she isn’t to blame.’

1. Sarah Manners – rape – After playing the comical role of Bex, Sarah was delighted when she learnt her character was to get a meaty storyline, but she felt it important to do the story justice. ‘The issue of acquaintance rape is extremely sensitive and Adam James, who plays Pete, and I, both knew we had to get it just right,’ said Sarah, ‘While I found it difficult playing the victim. I think Adam found it harder playing my attacker. He kept wanting to apologise!’

2. Elyes Gabel – racism/ dad – Despite being on the show for just a year, Elyes has had a brilliant storyline to contend with this Winter. He was also nominated for ‘Best Newcomer’ at this year’s National TV Awards. ‘It’s quite interesting the way the character was founded on the basis of him being a newcomer; very bright yet finding it difficult adapting to hospital ethos,’ he said of his character.

3. Liz Carling – stabbing – Not only did Selena get stabbed, but she also had the hard luck of catching the MRSA virus as she recuperated in hospital.

4. Suzanne Packer – Mike/ asylum – Suzanne Packer has had a number of good storylines this year which has showed off her talents. Tess learning her son had a mental illness, shortly before her husband Mike was involved in a serious car crash. ‘She normally feels she can cope with anything, but all of this has rattled her,’ said Suzanne Packer. Her emotions also become frayed in the first episode of Series 20, when she is trapped with an asylum seeker after a building collapse.

5. Luke Bailey – bi-polar/ Fleur – Young actor Luke Bailey made his character seem very real and he ensured he researched into the condition thoroughly ‘I did a lot of research into the bi-polar disorder. But I tried not to delve into too much the character wouldn’t know. I tried to keep it as real as possible.’

1. Abs & Nina – Without doubt the most popular couple of 2005 however their relationship has been far from easy. Having just got over Ellen’s blackmailing Abs into marriage and then leaving him in debt to a loan shark. Abs was unhappy at learning she had a relationship with a woman, became jealous of her friendship with Kelsey whilst Nina was furious that he failed to come to the aid of Guppy who was attacked by racists and believed Bruno’s rumours that he’d slept with her. But could things be looking up for the pair in 2006 as he manages to win her back with a full-monty style strip?

2 Ellen & Harry – As one of the most surprising unions of the year, fans seem to be warming to the idea of them getting together. The pair have a lot in common – both vulnerable and needy. ‘I think that although Ellen projects an image that she is after men with status and money, deep down she has a very strong need to be loved,’ said Georgina Bouzova. ‘Because her mother died when she was young, she has very much been a daddy’s girl and I feel she may need some kind of ‘father figure’ to protect her.’

3. Luke & Bex – Despite Luke’s romance with Claire, it’s clear him and Bex had a strong bond. As Claire grieved for her brother, Luke helped Bex escape so as she wouldn’t be questioned on how Pete came to die. The pair share a moment, before she is whisked away by yacht.

4. Claire & Luke – Bex was hurt when Luke got together with Claire, because her brother Pete had raped her. She felt betrayed whilst Luke became stuck in the middle. ‘She and Luke are in love and she feels she has a man in her life who she can trust,’ says Leanne Wilson, that is until an unstable Claire learns he has lied to her about how Pete died. She plans revenge by driving her car into the harbour attempting to kill both Luke and Charlie.

5. Selena & Will – Love rat Will didn’t cheat on Selena once but twice. First with receptionist Bex and then with nurse Ellen. But Selena eventually got her revenge by pouring a patient’s urine bottle over him!