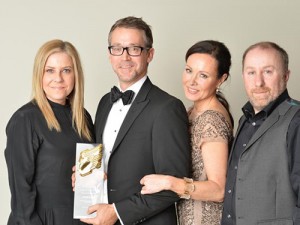 CASUALTY have deservedly won an award at this year’s Royal Television Society.

The show picked up the title of best ‘Soap and Continuing Drama’, in a shortlist which included Coronation Street and Eastenders.

RTA stated that CASUALTY was “a show that had regained exceptional form. A strong sense of the community within the show never detracted from the individual journeys the characters went on…an excellent drama.”