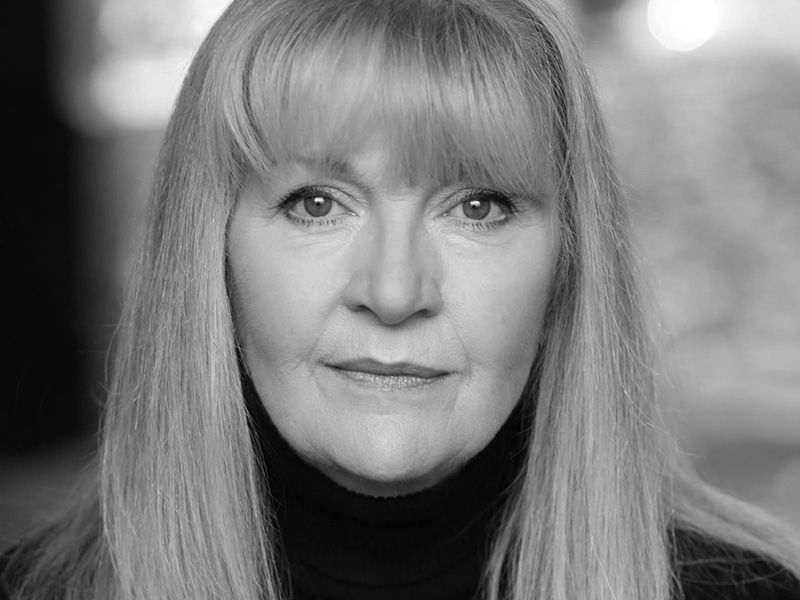 FAMILY : Mother, also named Catherine, who she describes as ‘honest, no nonsense, compassionate, with a huge heart.’ and father, who died of a heart attack in 1985, aged 62. She has four brothers, ‘My Mum had two boys, lost four in childbirth, I was the seventh and two boys followed.’ Cathy was born by caesarean, 19 hours hard labour, in which her mother nearly died – her father was asked to choose which survived – luckily they both did.

PARTNER : Actor, Christopher Guard. Although she has no plans to marry, ‘As for marriage, I’ve got no interest in it. I find it more of a challenge to commit yourself to someone every day. I don’t need to own anyone. Luckily Chris feels the same way. We have a deep feeling for each other which is the bedrock of our relationship. We don’t need public declaration to make us feel more in love or more together.’

CHILDREN : Daughter, Tallullah Grace Lily, born in March 2001, 9lb 8oz. ‘It’s as though she has always been here, a part of our lives.. we wanted her so so much.’

RELIGION : Had a Catholic upbringing and was educated in a convent in South London.

STUDIED : Trained at Rose Bruford College (1977-80), studied two languages and journalism, but drama teacher told her potential to be an actress. Also trained as an aerobics teacher.

ON HER CASUALTY AUDITION : After five years of being in and out of work, she was on the dole and went back to Uni to study another language. Her father died, and she felt low. She had her tarot cards read at a Summer Fete, which told her the next twelve months would be important. Her agent originally put her down for the role of Susie the receptionist – but Cathy wanted to play a nurse. On January 11th 1986, she got the part of Duffy – believing having a broken ankle at the time helped, as they talked about that, She remains eternally grateful to CASUALTY, ‘a lifesaver’.

WHY SHE LEFT CASUALTY.. AND CAME BACK : She decided to leave in Series 8, while on holiday in the Maldive Islands, saying she had a wonderful time, but didn’t want Duffy to become a permanent fixture, ‘I want to practice my craft outside of a blue frock’. Derek gave her a beautiful painting on her leaving, which she says reminds her of him. She came back at the end of Series 12 saying ‘It’s like stepping into a time warp!’, she missed CASUALTY ‘CASUALTY was practically my first TV job and I became incredibly involved. When I left I badly missed the people and the routine, it will be like going home.’ But she was still a little nervous on returning, ‘Because time has moved on and the gang and humour have changed, I did feel a bit left out at first, but I soon got back into the swing of it.’

ON SIMILARITIES WITH DUFFY : ‘I think were both hard working and optimistic – and maybe I can be a bit bossy sometimes too!’

ON DUFFY BEST & WORST TRAITS : ‘She has a lot of compassion and a big heart, but sometimes wears it on her sleeve. She can be a bit stern and lose her sense of humour, then it’s as if she’s had a charisma-by-pass!’

NICKNAME : ‘Witchy-poo’ by cast, because of her interest in homeopathy and alternative medicines.

HEALTH ADVICE SHE IGNORES : ‘I do take on too much, burning it at both ends and thinking I’m superhuman. Then I end up as a frazzled heap in the corner. But I do try and be as healthy as I can in other ways.’

HOW SHE RELAXES : ‘I sink like a stone into sleep. Or, because we’re not getting out so much, just watch a good, old, black and white movie.’

FAVE FOOD & MUSIC : ‘I love any kind of pasta because I like having things in the cupboard and just throwing them together. I trained on pasta and Guinness when I ran the marathon. For music – Chris’s ofcourse!’

FAVE BOOK : As a child, she liked Grimm Fairy Tales, which she used to read to her younger brothers. Also likes Jane Eyre, Wuthering Heights and author Jon Fowles.

FAVE CLOTHING : ‘I’ve got a lot of clothes in all kinds of silk because I adore natural fibres.’ Cathy also used to own 50 pairs of shoes.

TELEVISION CREDITS : Little Sir Nicholas; One Foot in the Grave; Academy; That’s Showbusiness; Taggart; Devil’s Advocate; Agent Z and the Penguins from Mars; The Bill; Hold Back the Page; Out on the Floor; Oeidipus; Casualty; Holby City; Casualty – Kick the Habit; Casualty – Get Real; Doctors

BOOKS : Appears in ‘CASUALTY ; The Inside Story’ by Hilary Kingsley, ‘Lost & Found’ by Mike Walker, ‘CASUALTY : Behind the Scenes’ by Rachel Silver and co wrote ‘In the Long Run’ with Liz McColgan on marathon running.

* A strict non-smoker, Cathy also supports the British Heart Foundation, three generations of her family had heart disease, and she felt in a position to raise more money and awareness. Cathy has also run four marathons.

* Cathy has also spent time helping the charity ‘Crisis’, visiting homeless shelters at Christmas time, ‘You realise it could be you or any one of your friends in that situation.’

* Cathy has also set up her own script development company.

* While compiling her autobiography, she came across a problem with her teenage diaries – written in code so her Mum could not understand them – now neither can she.

* Cathy’s daughter Tallulah has Jan Anderson to thank for her name, who had previously mentioned it. It’s a Cherokee name and means ‘she laughs like a babbling brook’.

Casualty fans are gearing up for one of the show’s landmark episodes to be screened tonight – as we say farewell to iconic Duffy....