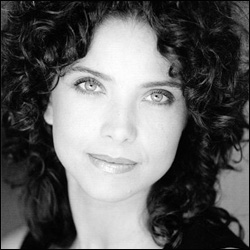 FAMILY : Mum is a hairdresser and Dad is an artist. Younger sister, Laetitia, who suffers from PWS.

CHILDREN : First born, son, Stanley, (b.1996) by Caesarean section. Her son isn’t that impressed that she’s on TV, although once in the playground he was heard saying to someone ‘My Mummy is in Holby City!’. She also had a daughter, Ruby (b.2003).

PREVIOUS JOBS : She was a doctor’s receptionist for a year, while studying for her A Levels.

ON CHARACTER SAM : ‘She is family orientated, very like me. As well as my immediate family (husband and son) I am also very close to my Mum and Dad. She’s a bit of a pushover even though she’s tough – again like me. I hate confrontation, but she’s brilliant at it. Her best trait is her self-belief, not arrogantly, but out of real support from her family. She knows that in life she’s got a lot to lose and a lot to gain. Her worst trait is her stubbornness.’

ON SIMILARITIES BETWEEN HERSELF AND SAM : ‘I wish I was as confident as she is. She doesn’t find confrontations scary, she really wants to put herself out there and is prepared to give as good as she gets. I’m not like that, if somebody wants to fight I just back down. I really admire that about her character. But she’s also a family girl and is admired for the love she has for her family, so in that respect we’re similar.’

ON BEING ON HOLBY CITY : ‘I’m really loving it, everyone’s so enthusiastic and we’re really a team. It’s a joy coming to work. I love the fact that I’m playing a playing a doctor and have managed to overcome my fear of blood and guts. It was hard overcoming my phobia, when I first started I thought I wouldn’t be able to get through the operations, but I just got used to it.’

ON HOLBY’S MOVING STORYLINES : ‘I’m terrible. Sam would never be at work all teary eyed, so I have to become detached in the way that she is. I try and get my crying over and done with before I have my make-up put on, and I often have a good weep after we finish filming as well.. I’ve been like this ever since I gave birth to my son, I think being a Mum makes you very emotional and you can’t help feeling for people who are having a tough time.’

ON RESEARCH FOR ROLE : ‘As part of my research I was invited to go and watch a heart operation and I really thought I would be standing at the back feeling sick, but actually I was so fascinated I couldn’t take my eyes off the op.’

HOW SHE GOT INTO ACTING : ‘I wanted to be a dancer, but when I went to dance school I found that I didn’t quite have what it takes so I started to attend more drama classes. I soon realised that that was what I really wanted to do. At school I loved being in plays and when I finished school I decided to go to drama school.’

WHO WOULD PLAY HER IN A MOVIE OF HER LIFE : ‘Either Vivian Leigh or Angela Bassett.’

MOST VIVID CHILDHOOD MEMORY : ‘Dancing with my grandparents on Saturday night to the music of Match of the Day.’

WHO SHE ADMIRES : ‘Martin Luther King for his spirit and belief in mankind.’

WHAT MAKES HER ANGRY : ‘Everything if I’ve got PMT.’

HEALTH ADVICE SHE IGNORES : ‘I know that chocolate’s not a health risk, but if it was then I’d definitely ignore that. I’ve just given up smoking, so I have to be allowed one vice.’

PREVIOUS CASUALTY APPEARANCE : Colette has made previous appearances in CASUALTY. In S9 of CASUALTY she played Adam Cooke’s ex-wife and then again in S12 as Mark Grace’s ex-partner, Laura Wright. [More Info]

* Colette has always wanted to be in the remake of West Side Story, but can’t sing.

* Colette is dyslexic, and finds the medical terms on HOLBY CITY hard to learn. She found out at 13, but feels she can cope with it in her own way.

* Colette and her husband own two restaurants in Croydon and Barnes.

* Colette is a shoe-aholic and owns over 150 pairs.

In this article:Colette Brown, Sam Kennedy 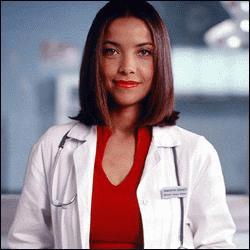 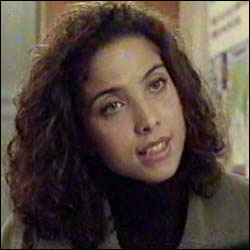