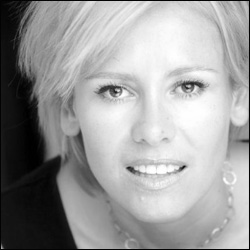 FAMILY : Her mother was an acting and dancing teacher.

ON CHARACTER KIRSTIE : ‘If Kirstie was male, she would be accepted as single-minded and ambitious. Instead, she is seen by some of her colleagues as ruthless and aggressive. But her shoulders are broad enough to cope – atleast at work!’

ON ACTING : ‘This was always what I wanted to do. I have been unemployed though and that can be lonely. If you’re a musician, you can still play, if you’re an artist, you can still paint – but you can’t really sit in your flat and act!’

THEATRE CREDITS : The Sound of Music; Noises Off; Don Juan Comes Back From the War; 5 O’Clock; A Little Grain of Sand; 5 O’Clock