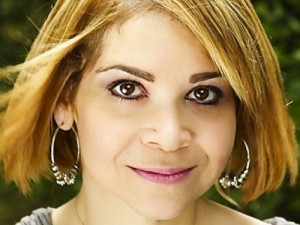 Following on from the announcement of Hari Dhillon’s return to the show, it has also been revealed that actress Debbie Chazen is to join HOLBY CITY for a three month stint.

She has been cast in the role of Michael’s partner in crime Fleur Fanshawe. Billed as a ‘force of nature, who is destined to terrorise those on Keller ward especially Sacha Levy’, Fleur is set to create havoc from the minute she arrives.

Debbie, whose previous credits include Doctor Who and The Smoking Room, said: ‘I am thrilled to be joining Holby as the outrageous Fleur – she’s going to be a lot of fun to play!

“I can’t wait to stir things up on Keller Ward and am looking forward to being able to tell my family that I’m a Doctor at last!

‘A while ago, I appeared in one episode as a character called Colette Barnes who was romantically obsessed with Dr Levy and made a huge nuisance of herself. It seems this time I shall be creating havoc of a very different kind…’

Executive producer Oliver Kent added: ‘It’s a short but explosive return for Michael to the Holby wards but his reappearance combined with the arrival of fiery Fleur will mean Holby staff won’t know what hit them! This will be a guaranteed treat for the audience.’

Actress Debbie Chazen is making a return to HOLBY CITY. Debbie played surgeon Fleur Fanshawe for nine episodes in 2014 and confirmed on Twitter...