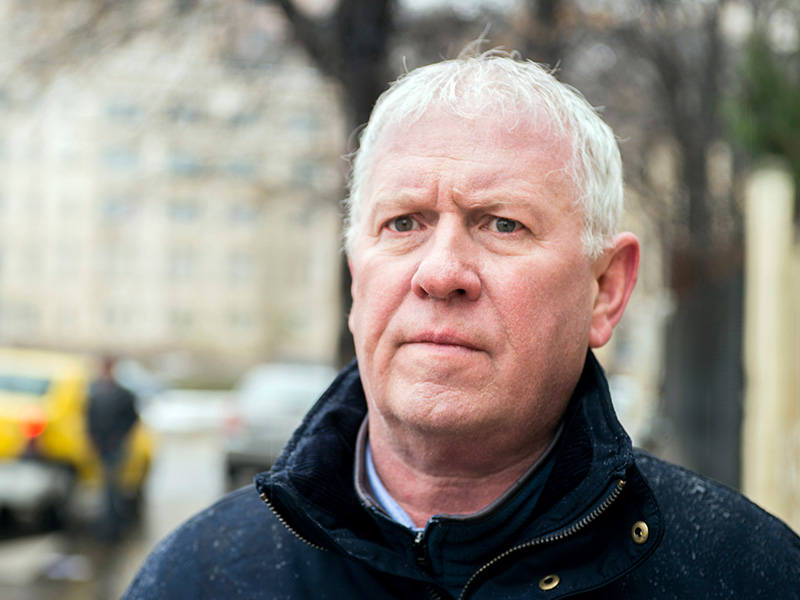 Derek Thompson and Amanda Mealing headed out to Romania to film a special standalone episode after Charlie decides to track down his wayward son, Louis, with Connie’s help. The pair talk to holby.tv about what’s in store…

Derek : It was such a dream to do. It was a real action adventure – the script was always driving.

Our director Steve Hughes did a great job, we all walked into it thinking it was a treat of a lifetime so as difficult as it was, I really enjoyed it and I’m massively pleased with the result. It’s beautiful, not the least bit polished, it’s a real rough diamond and it tells a story, you can’t take your eyes off it.

Amanda : It’s the most beautiful city, really lovely people and I think what was so great was that half the crew was British, half was Romanian but we were one crew, one unit. There was no us and them. I think it was brave of the show to do that but it brought that authenticity to the episode. It was such a lovely experience.

Did you face any difficulties whilst filming the episode?

Derek : I was actually quite ill at the time with bronchitis. With Romania being so cold, it was not really the best place you would want to be to so that kind of set me up in Charlie’s mindset for feeling rather angry and not in the best of sorts!

Did you have to do any research to draw on Charlie’s discovery of Louis’ heroin addiction?

Derek : I had a friend whose daughter was an addict so I lived with second hand experience of dealing with that. I knew what that was, and what he went through so it felt quite natural to address it and I didn’t have to really research it.

Charlie and Connie have such an interesting relationship, what can we expect to see? 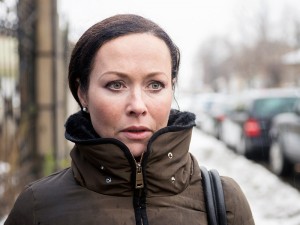 Amanda : I think that’s what is so nice about this episode. It’s a breakdown of these two characters , who are really well known and established. They’re broken down and transposed but the breakdowns happen in different ways and different situations. Connie’s has happened just before then but you see her barriers come down when she finds comfort in a local doctor. It’s a poignant moment and Charlie has this resolve and focus driven through this broken heart and tragic understanding of their failings.

Derek : There’s a moment in the episode where you notice the transformation – she turns into Charlie, Charlie turns into her. He gets forceful, and goes on an absolute mission whilst she tells him not to rush into judgement and be careful. You know where it all comes from, it’s not a surprise but it does sneak up on you because by the end of it you think I didn’t know that about them.

Charlie admits to not being able to maintain that work/life balance which he also has in common with Connie. Is this something you have ever faced?

Derek : For me, I’ve done a great variety of work theatre to also doing a lot of enjoyable TV and film roles so when I hit this show I thought this is actually the thing I’ve always wanted to do which is issue drama, that’s not high brow, that is for a working class audience , that is of today, that is immediate. I thought I could have a few years of this! If you asked me back then would I do this for the next thirty years, I’d say yes, I would definitely say yes. The work/life balance is all to do with getting the work right in the first place.

In this article:Amanda Mealing, Derek Thompson