Star of Sex In The City 2, Spooks and Dream Team Dhafer L’Abidine joins the cast of Casualty this week as hunky new paramedic Omar. Teamed with clumsy but well-meaning partner Tamzin (Gemma Atkinson), macho Omar is set to seriously ruffle the feathers of long-term paramedics and Casualty double-act Jeff and Dixie.

“What’s interesting about Omar is that he has a complete unawareness of the people around him,” says Tunisian-born Dhafer. “Maybe because of cultural differences he brings manners and ways of doing things that are different from the way people are used to. It doesn’t mean they are wrong or right; he’s just culturally from a different background and I think that’s interesting.

“I’m foreign myself and I find it interesting that when you arrive in a new country you have your experiences of your own country but everything here works differently – work, relationships, friends – and you have to try to adapt and change. Or maybe you can’t change. And that’s one of the reasons I thought Omar would be interesting to play.”

A star in the UK and Middle East, London-resident Dhafer has built up an impressive body of work since he arrived in Britain to learn English in 1999. A former professional footballer in Tunisia, he started his acting career in soccer drama Dream Team and has since worked on projects as diverse as The Mark Of Cain and Sex In The City 2.

“There are plusses and minuses about my background because there are some specific roles that English actors don’t look or sound right for but there are less opportunities, too, because you are somehow limited by your looks and accents,” says Dhafer. “But I’ve been lucky to work on some excellent projects and work with great people and I don’t really think too much about it. I speak French, Arabic, English and a little bit of Italian so I’ve been lucky enough to use my languages and work in different places around the world.”

So how has Dhafer found settling into a long-running show like Casualty?

“The advantage of joining something that has been running a long time is that everything is already set in place and everything runs smoothly. You just have to focus on your work because everything else is taken care of.

“I’ve been asking paramedics a lot of questions! You’re dealing with medical stuff all the time and you have to know how to make it look right – how to handle patients, how to touch them, what’s the first thing you do when you arrive on the scene, how to behave in certain situations. At the end of the day you have to look professional and look like you know what you’re doing and we’re lucky to have experts around that can help.

“I think I would be good in an emergency now. At least as long as the cameras are around and someone says ‘cut’! Beyond that I would panic!”

The mean streets of Holby couldn’t be further from the glamour of Manhattan and the sand dunes of the Middle East. How did Dhafer enjoy his experience with Carrie, Samantha and the Sex In The City girls?

“It was brilliant fun and great to be involved in a big project like that. When you see it in action I think you understand why those actresses are where they are and why they’re so successful at what they do. It was just like working with anybody else. They were welcoming and professional, 100 per cent, and I have complete respect for what they do.”

Did Dhafer ever imagine how far his career would develop when he came to the UK all those years ago?

“I’ve been so lucky with my career. It’s not something you can plan I don’t think. I’m lucky to have played such a wide range of characters and different nationalities. And now it’s lovely to be playing a paramedic. I’m actually helping people rather than terrorising them for a change!” 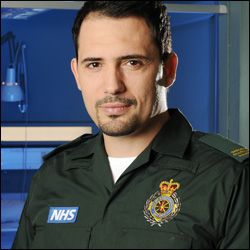 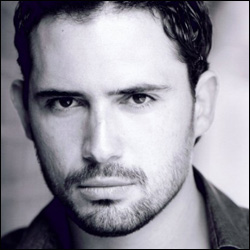