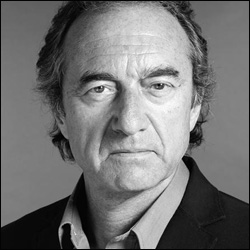 PLACE OF BIRTH : South Shields, Tyne & Wear, where his Dad worked in the coal industry.

WIFE : TV/Theatre Director Jan Sargent . He met his Jan, while they were at rep together in Newcastle where she directed him and they had a prickly relationship until they realised they had fallen in love.

CHILDREN : Daughter, Lucy, 21 and still lives at home. She works in PR. Apparently, when George starts unintentionally behaving like Meyer, she starts telling him off!

FAMILY : His father was a surface worker at the local pit in South Shields, County Durham but his mother Nell sadly died of leukemia just as George on the brink of fame. When he was visiting her at Sunderland hospital, a local GP approached him as he was standing at the nurses station and asked if there was a problem with one of his patients because he thought he was Meyer. He has three younger sisters in the North East who he says are left “irritated” at having a famous brother.

TRAINED : At 16, he joined his local youth theatre and later joined the National Youth Theatre. He sat some arts A Levels, and went on to University to study Drama.

PREVIOUS JOBS : Worked in a supermarket, teaching English to groups of foreign businessmen who’d come to London to learn the language, ‘I was always more tired at the end of the day than the other teachers because I not only taught them the language, I felt as though I had to entertain them too!’

ON CHARACTER MEYER : ‘I do like him. I envy his certainty and his sureness and the fact that he doesn’t care about being liked, his single mindedness. His certainty is described by other people as huge arrogance – which doesn’t worry him. I think outside of work he’s got a very rich social life and that is crucially important to him. He’s quite manipulative, but for a greater good of the place. He’s a great humanist, he actually has the highest regard for his staff. He’s a perfectionist and a purist in terms of his job and I’ve been accused of that. I guard my private life in a similar kind of way to him, though not as jealously as Anton does. And people do tell me I can be quite frightening on occasions..’

ON RESEARCH FOR ROLE : George shadowed a surgeon at Papworth Hospital in Cambridgeshire, ‘It was absolutely fascinating – being only a feet away from a heart transplant was awe-inspiring. Surgeons are highly skilled people working under enormous pressure – it’s not really surprising they sometimes act like God.’

ON MEDICAL STAFF : ‘I hope Holby City will make viewers more aware of the incredible pressure that doctors and nurses work under.’

ON CHARACTERS HE PLAYS : ‘I have played interesting men, however I’m afraid I’m not really that interesting myself.. take Meyer, for instance, he’s certainly more confident and driven than I am. I’m very uninteresting in comparison.’

WHO WOULD PLAY HIM IN A MOVIE OF HIS LIFE : ‘I admire Gene Hackman, he’s pretty close to the top of the list. He’s a superb screen actor; he’s brave, he’s interesting.’

MOST VIVID CHILDHOOD MEMORY : ‘Actually it’s about blood. I was with my sister and I had a space gun – this was the Fifties and they weren’t made of kiddy-friendly plastic, it was made of some kind of tin. I was chasing her and she fell over and an edge of this gun slashed her wrist and blood was pouring out everywhere. But she was okay.’

WHO HE ADMIRES : ‘I’ve got a friend called Jim Robinson who was one of the four men convicted for the murder of Carl Bridgewater in 1979. They were released a few years ago after serving 18 and a half years for a murder they didn’t commit. I played Jim Robinson in a BBC film about the case and I went to visit him in prison and found myself liking this man enormously. What astonished me about him was the fact that at that stage he had served 15 years and I think I spent more time laughing in that visiting room than anything else. He had a way of being absolutely convinced and proud of his innocence which gave him enormous strength. He had to pick up his life from scratch – they got no help from the system – so I’ve got huge admiration for Jim, he’s a fine man. He’s not eaten up by bitterness because he’s intelligent enough to know that would destroy the rest of his life.’

WHAT MAKES HIM ANGRY : ‘On a public level I get angry about lies told for the sake of profit – people saying that the economics of their own country are more important than the survival of the planet. On a more personal level I don’t like being deliberately misunderstood.’

HEALTH ADVICE HE IGNORES : ‘I ignore advice that I’ve had not to eat dairy products because I’ve got a slight sinus problem and I shouldn’t have them – but I adore cheese, and I find it very difficult to resist sometimes.’

WHO MAKES HIM LAUGH : ‘Steve Coogan makes me laugh a lot.. Ruby Wax.. Chris Langham – People Like Us is great. And Chris Morris. There are some funny people around at the moment.

FILM CREDITS : You Don’t Have to Say You Love Me; Things to Do Before You’re 30

* George nearly never became an actor. He had planned to go to college and study either human biology or zoology, but while working in a supermarket, waiting to go to college, he was offered the chance to join a drama group.

In this article:Anton Meyer, George Irving, May Birthdays 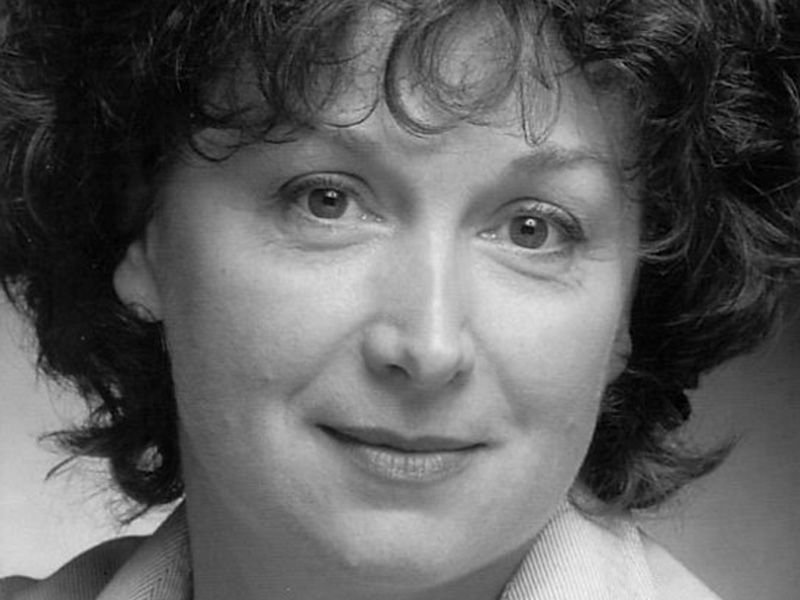