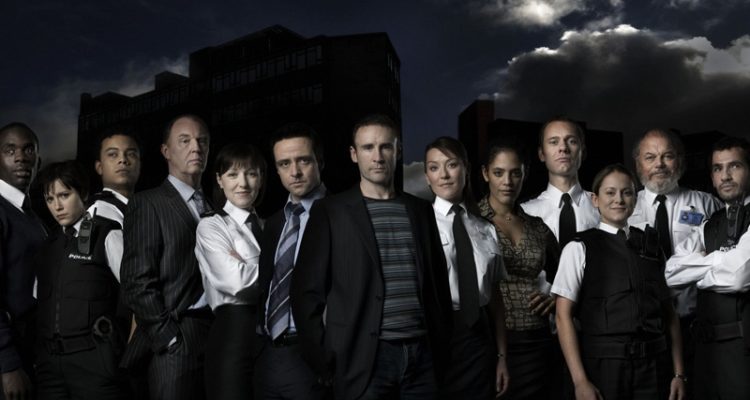 Filming has started on HolbyBlue, the eagerly anticipated first production from Tony Jordan’s new company Red Planet Pictures for the BBC. The involvement of co-producers Kudos (Life on Mars, Spooks and Hustle) adds to the stellar creative team behind HolbyBlue, a series which is sure to attract attention from the fanbase of its sister dramas HOLBY CITY and CASUALTY.

The challenges facing the police officers and CID unit of Holby South are very different to the traditional ‘bobby on the beat’ – hard drugs, even harder gang members, and the constant threat of terrorism all combine to prove that modern-day policing isn’t just about robberies and ASBO’s. Despite being weighed down by never ending bureaucracy the officers of Holby South aspire to be the best, putting their personal opinions and passions to one side in order to make Holby a safer place to live.

Straight talking DI John Keenan (Cal Macaninch, Sorted) lives for his job and will stop at nothing to secure a conviction. John somehow manages to be a great dad to his two young children, but a lousy husband to Kate (Zoe Lucker, Footballers’ Wives). They are both playing the field following their recent split but it’s clear that neither is really ready to move on. When Kate applies for a job at the station, John’s recent fling with colleague Rachel Barker CPS (Sara Powell, London’s Burning) is set to make all their lives even more complicated.

Inspector Jenny Black (Kacey Ainsworth, EastEnders) seems for all the world to have managed the impossible and “has it all” – a successful job and happy marriage and family. But the reality is that, in an effort to be the perfect wife, mother and career woman, Jenny has long neglected her own needs, and her frustration cannot be contained forever…

Holby South’s veteran DCI Harry Hutchinson (Tim Pigott-Smith, Poirot) is due for retirement but, keen to secure his legacy, he is pushing hard for his team to secure a conviction against the city’s crime boss Neculai Stenga (Velibor Topic, William and Mary) at any cost – just so long as he doesn’t have to get his own hands dirty.

Executive Producer for Red Planet Pictures and writer for Holby Blue, Tony Jordan comments: “HolbyBlue is a fresh new approach to dramatising a modern day police force that not only has to deal with hard-nosed criminals but is expected to help fight the ‘war on terror’ on home soil.”

Controller BBC Drama Production, John Yorke continues: “Whilst revealing a different side to the city of Holby, HolbyBlue still has the warmth and wit of the much loved CASUALTY and HOLBY CITY brands; the characters have to deal with the personal problems that occur in everyday life as well as keeping a cool head as they fight crime on the streets of Holby.”

Executive producer for Kudos, Karen Wilson continues: “We’re ecstatic to have such an exciting cast on board with Kacey Ainsworth, Cal Macaninch, Kieran O’Brien and Zoe Lucker to name but a few. Together with some great writing from Tony Jordan we are sure that HolbyBlue will raise the bar for police dramas.”

HolbyBlue is due to transmit on BBC ONE in Spring 2007.