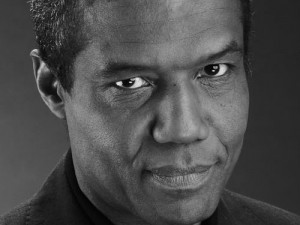 PLACE OF BIRTH : Accra, Ghana. Grew up in Golders Green, North London and went to school in Cheltenham.

FAMILY : Mother, Emma. His father, a senior civil servant in the Ghanian foreign office died in the 90’s. Also has two brothers and a sister.

ON CHARACTER RIC : ‘My attitude to acting is that if you take it too seriously then you’re not taking your life seriously enough and I suspect Ric has a similar attitude to his profession. While he has to take to saving lives seriously – he’s created life often enough that he also needs to foster it – the more he gives to his job the less he has to give to his family. So while I feel for him I don’t think we’re that similar. We so share the same sense of wry humour though. For Ric, hope triumphs over experience – if he has only £10 left he’s wiling to bet it. His strengths are also his weaknesses. Griffin is affected by the plight of the patients. He has a good eye for humour and can take a joke at his own expense. But while mistrusting passion he still desperately craves it.’

ON SIMILARITIES BETWEEN HIMSELF AND RIC : ‘I certainly don’t have as many children and I have no intention of ever having as many wives! I think I would not take as many risks as Ric has. I have taken a few risks in the past, but I’ve been lucky. We have a sense of humour in common, but I don’t think I’d ever allow the chaos of my private life to overtake me’

ON HOLBY CITY : ‘I’ve enjoyed Holby City more than I ever did the Royal Shakespeare Company or working on Star Wars’

WHO WOULD PLAY HIM IN A MOVIE OF HIS LIFE : Don Cheadle

MOST VIVID CHILDHOOD MEMORY : ‘Sitting on the potty, as a three year old in Ghana, watching a scorpion scuttling under the door. I was fascinated by it as it came towards me despite realising its danger.’

MOST FOOLISH THING DONE : ‘Eating a whole red chilli for a dare in a Mexican restaurant in Denmark. I got free beer for the night but the bead of sweat fooled no-one. I was burning up!’

WHO HE ADMIRES : ‘Kofi Anna, because he’s Ghana, but also for his dignity and effective mode of operation during these times of Bush in the Whitehouse and the unrest in Eastern Europe.’

WHAT MAKES HIM ANGRY : Rehearsed hysteria and people feigning intolerance

WHO MAKES HIM LAUGH : ‘I loved the early series of Friends, particularly Joey’s delivery of his lines. George in Seinfield is a great character and Radio 4’s Sunday Format and I’m Sorry I Haven’t A Clue are very funny. And I never tire of watching Charles Grodin and Robert De Niro in Midnight Run.’

In this article:Hugh Quarshie, May Birthday, Ric Griffin

Former HOLBY CITY actor Hugh Quarshie is to take the lead in an ITV three-part sequel about Stephen Lawrence. Stalwart Hugh, who left our...

Fans will be sad to learn that Hugh Quarshie, who plays surgeon Ric Griffin is leaving HOLBY CITY after 19 years. Appearing in over...