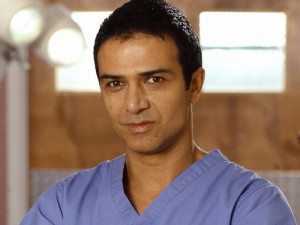 In his time on the show, womaniser Mubbs has bedded a string of women including Keri, Pam, Lisa, Chrissie and Connie. But it’s his on-off romance with Rosie Sattar which has kept viewers glued.

But over the next few weeks, things are going to come to a head for Mubbs as Rosie recently learned of his infidelity and the fact that he didn’t want the child she is carrying.

Ian Aspinall talks to holby.tv about his his time on the show…

Do you enjoy playing your character Mubbs?

Mubbs is a fantastic character to play. He can be sensitive and caring, occasionally, but Mubbs is best when he’s bad!

What do you think about his relationship with Rosie? Do you think he loves her or is he not the settling down type – has she mellowed him at all?

I think Mubbs has really tried with Rosie. Yes, he loves her, but will it work? He so wanted to settle down, but does a leopard change it’s spots?

Do you think you are anything like your character Mubbs?

We look the same…

The Christmas special episodes are set to be very dramatic. Did you enjoy filming these scenes and working with the CASUALTY cast?

I enjoyed working with the CASUALTY cast, though I have appeared in about three or four episodes of CASUALTY to date. The Christmas special was a filming nightmare to be honest, but it should be fantastic viewing!

Who are your closest friends on the Set of HOLBY? Do you miss working with Kim Vithana? (who exits our screens next month)

I do miss Kim loads already, we worked together for such a long time and went through so much.

Have there been any funny moments on Set that you can share with us?

There have been a few though can’t think of anything specific. Watch out for the new series of ‘Aunties Bloomers’ though, it’s going to be called something else so I’m told.

I used to be a singer and play guitar in bands, but never ‘made it’ as they say. Guess I was more of a performer and acting came as a side step.

Away from the busy filming schedules, what do you enjoy doing in your spare time?

Don’t have much spare time to do anything. I go to the gym, see friends, drive North to see family, dig the guitar out from under my bed and occasionally fly out of the UK for a holiday.

Are your plans to stay on at HOLBY CITY for a while longer? What are your future ambitions?

I’ll be staying at HOLBY for a little while longer, then after that who knows? I’ve never really had ambitions apart from music, and look where that got me! 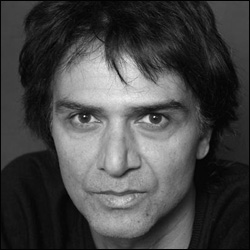 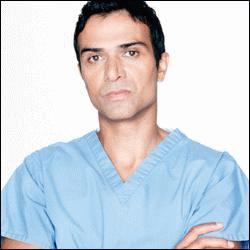 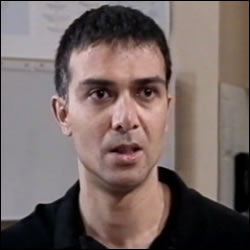