Former CASUALTY actors Sandra Huggett, Will Mellor and Jonathan Kerrigan are appearing in the second series of The Club which returns to BBC One on Tuesday 3rd May 9pm.

In The Club is a contemporary drama about pregnancy, imminent birth, love, and the changing nature of relationships that babies bring about, in modern families. Written by Bafta-winning Kay Mellor OBE, creator of The Syndicate, Band of Gold, Fat Friends and A Passionate Woman.

Will Mellor returns to his role of Rick, who is residing in prison. His wife Diane (Jill Halfpenny) is learning to cope on her own. But as his release draws near she worries that she’s become too independent for their relationship to work.

Jonathan Kerrigan plays Neil, whose relationship is in jeopardy as his girlfriend Susie struggles to be the perfect mum to baby Emily.

And finally Sandra Huggett joins the show for the second series in the role of Maxine whose daughter, Shelly, is being the surrogate mother for a gay couple. Shelly thinks it’s the perfect way to make some easy money, but her mum Maxine isn’t so sure.

Writer Kay Mellor added, ‘I was delighted by the response to series one of In The Club and even though we left on a compete high, with viewers growing week by week, I felt bereft the series had finished, so it was wonderful when the BBC asked me to write and produce a second series. It was an absolute pleasure to visit all my characters again with their complicated lives; the shift in their relationships now they’ve become parents and the opportunity to explore how they’re dealing with life now – ten months on.’

In this article:Jonathan Kerrigan, Sandra Huggett, Will Mellor 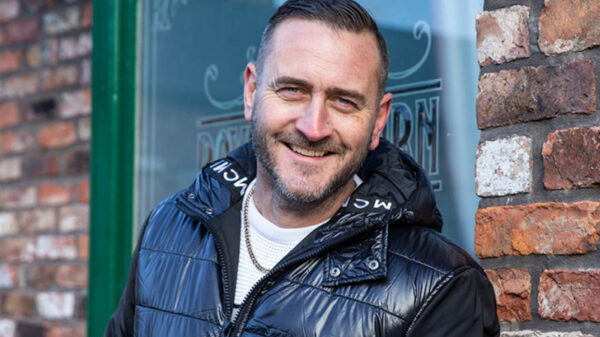 Will Mellor has always wanted to entertain, ‘I was very extrovert as a kid. I joined an acting agency when I was 11 as...