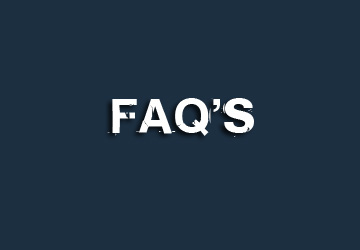 Since holby.tv (previously known as “The Casualty Files”) launched in July 2001 the site has quickly grown from just a few pages, to one of the UK’s most popular CASUALTY and HOLBY CITY fansites. However, although there are now hundreds of pages and countless photos the basic site is still community driven and dedicated to the UK’s favourite medical dramas!

Q. Where is the CASUALTY set?

A. Previous  inside shots of CASUALTY were filmed on an industrial estate warehouse in Bristol. From September 2011, CASUALTY now films in Roath Lock Studios in Cardiff.

Q. Can I get to go around the CASUALTY set?

A. The CASUALTY warehouse is a closed set with security guards. Fans are not allowed to go inside. The cast run a busy filming schedule, so it is difficult to see them.

Q. Where is the HOLBY CITY set?

A. HOLBY CITY is filmed at Elstree Studios in Borehamwood.

Q. Can I get to go around the HOLBY CITY set?

A. Security guards hold a tight entry to the front of Elstree Studios, which also holds Eastenders, so without official passes it is impossible to step inside the grounds.

Q. I’ve seen your photos, how do I get to meet the cast?

A. We have been lucky enough to meet some of the stars through running the website, but are unfortunately unable to help other fans meet them in this way. We have a met cast members in a variety of other ways including when they are appearing in theatre shows, award ceremonies.. etc.

Q. Can you pass on this message to cast / member?

A. As an unofficial site, we have no direct contact with cast members, so are unable to pass on any messages ourselves.

Q. Where can I write to the cast?

A. You can write to any cast member via their agent (address is on the bottom of their actor profile)

Q. Where do I get signed photos?

Q. Can you put up more info/ photos on a particular cast member?

Q. Who runs this site?

A. holby.tv and the holby.tv Community Forums are an unofficial website run by Cheryl Griffin. Admin Assistants, Moderators and Senior Moderators assist with the day to day running of the Messageboard.

Q. Can I become a moderator on the Messageboard?

A. Please do not request to become a moderator, the Admin team will decide who are moderators.