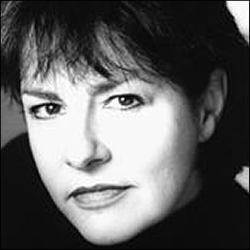 TRAINED : Studied ballet as a young child. Attended High Park School in Wollaston, near Stourbridge, then went to Kidderminster College to do A Levels. Jan went on to do a Combined Studies degree in Theatre/ Dance at Crewe & Alsager College.

PREVIOUS JOBS : Barmaid, solicitors clerk and a paper folder in paper factory, ‘I quite enjoyed it as I actually like mundane jobs where I can switch off and not have to think too hard.’ She was also a Sunday School teacher at 16.

ON CHARACTER KATH : ‘I think of her as the kind of nurse you’d like to have at the bottom of the bed, if you were poorly. She’s warm, knows her job, is down to earth and doesn’t suffer fools gladly. She’s married and being a devout Catholic, has many children, but nobody tells me just how many!’

ON HER STORYLINES : ‘I’ve loved all my big storylines too, but my favourite was the one involving Father Michael. I liked the idea of her having a saucy relationship with a young man and a priest to boot. Pure soap opera. Marital abuse and assisted suicide are very serious subjects, challenging for an actor to get right and not to be taken lightly.’

HOW SHE WINDS DOWN : Watching TV at 2am. She finds winding down from a day on HOLBY CITY no more stressful than her days working as a waitress.

MOST EMBARRASSING HOLBY CITY MOMENT : Accidentally stabbing a ‘patient’ in the bum with a needle, ‘thankfully she was fine with it.’

ON RESEARCH : Jan did research at a London hospital and found that she wasn’t squeamish but watched the operations, being dumbstruck.

ON BEING SQUEAMISH : ‘I couldn’t watch operations on telly so I thought I was going to be squeamish, I was very nervous about watching these operations, but actually it’s utterly engrossing, and wonderful, I’m really very privileged to have been able to do that.’

ON LEAVING HOLBY CITY : ‘I have had a fantastic time since the show began in 1999 and now it’s time to move on. I have given Kath my best shot and she’s had some incredible storylines. There’s not much else that could happen to her as she’s gone through so much.’

FAVE TV PROGRAMME : ER ‘I’m a huge fan of ER, I almost compulsively watch that programme, I always record it if I’m going out I do like it very much. In terms of other medical drams I don’t watch any at all, just ER, life’s to short to watch telly.’

LOVES : ‘Being entertained. I love movies, books and listening to people.’

WHAT MAKES HER LAUGH : Dead Ringers and The Sunday Format on Radio 4.

WHO WOULD PLAY HER IN MOVIE OF HER LIFE : Ingrid Bergman

MOST VIVID CHILDHOOD MEMORY : ‘I have an appalling memory, but I can clearly remember delving into my mum’s huge clothes chest which was full of exotic clothes, perfect for dressing up. We had a big staircase which I would descend in my finery, usually dressed as a queen.’

MOST FOOLISH THING DONE : ‘Not going to drama school. I didn’t think I’d get on with the people.’

RADIO CREDITS : The Nationalisation of Women; May and the Snowman; Flowers of the Dead Red Sea

* Jan once posed as a pilot on charter flights in Botswana and South Africa. ‘My then boyfriend was a bush pilot, so to get me on flights I had to dress up and pretend to be his co-pilot!’

* Jan wanted to be a surgeon when she was older because of the ‘glamour’, but didn’t get her Biology A Level.