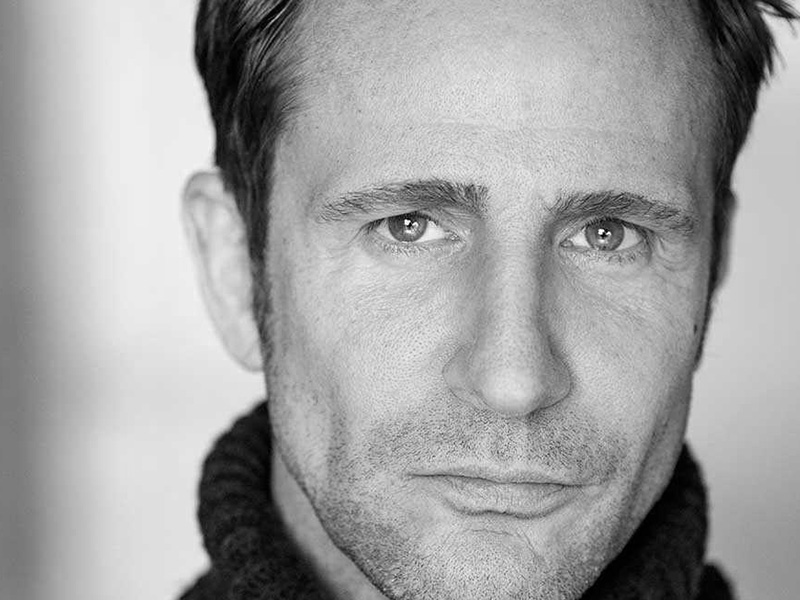 LIVES : Brought up in Coggeshall, Essex. Lives in London. Also has a small apartment in Miami.

FAMILY : His father has skippered a crew half-way round the world. His mother, teacher. He also has a brother who is a pilot.

PREVIOUS JOBS : ‘I’ve never done the usual student type jobs like working in a restaurant or stacking shelves. But during a production of The Tempest with the Royal Ballet Company I had a Rudolph Nureyev sitting on my shoulders.’

ON CHARACTER ALEX : ‘Alex is the BBC’s version of George Clooney! He’s a maverick surgeon who has spent time in Rwanda saving lives and being a bit of a hero. I’m not as confident as Alex, and I have relationships when they happen. I’m not driven by work – I’m perfectly willing to have fun.’

DESCRIBE ALEX IN THREE WORDS : ‘Passionate, dedicated, caring, and if I could have another word, honest.’

ON SIMILARITIES WITH ALEX : ‘In some ways. I have an innate confidence as he does. He is more decisive than I am, and more passionately committed to certain issues. He is able to speak his mind without any qualms.’

ON RESEARCH FOR ROLE : While witnessing a triple heart bypass operation he found it quite difficult ‘I said to them I’m probably going to need a chair in case I pass out.. but I was fascinated. After the main operation, they cauterise the blood vessels which is basically a hot rod burning the blood vessels. When you’re hungry and you want some lunch, it smells a bit like barbecued meat. Barbecues chicken came to mind!’

ON WORKING ON HOLBY CITY : ‘The cast get on really well. I’ve worked in places were people are close, but this is probably the closest. It would be really stressful if we weren’t close. It’s very much a team and we make sure we have a lot of fun.’

ON FAME : Jeremy is surprised at how much he gets recognised, but still takes the train to work. He’s also had some strange mail – one male fan sent him a parcel containing egg cups, little school name tags with ‘Jeremy Sheffield’ on them, certificate of the history of his surname, menus with ‘Jeremy roly-polys’ and ‘Spaghetti Sheffield Bolognese’ on it, and also details of how to get a bronze statue of himself or a honorary degree about him!

WHO WOULD PLAY HIM IN A MOVIE OF HIS LIFE : Jeff Bridges

REAL LIFE CASUALTY INCIDENTS : While dancing for the Royal Ballet Company, he suffered a ruptured appendix while performing in Battersea Park, London. ‘I had an operation wearing full make-up and ended up not taking it off for three days.’

ON CHANGING HIS CAREER FROM DANCING TO ACTING : ‘I really fancied acting, so I signed up as an extra and got a walk on part in Eastenders. I got to deliver a box of KP crisps to Grant Mitchell’.

SCARS / TATTOOS : Appendix operation scar and a tattoo on his back of William Blake, and one on his lower leg.

MOST VIVID CHILDHOOD MEMORY : ‘Being given a white and purple polo neck jumper by my grandmother at Christmas. She had knitted it herself but the neck was way too small and it never did fit.’

MOST FOOLISH THING DONE : ‘While filming Merlin I had to wear a full suit of armour – I was playing Sir Lancelot. The thought of clunking off to the toilet was too much and I thought it was safe to find the nearest tree. What I didn’t realise was about 1,000 cast members were watching me from the jousting stadium. They applauded me when I finished.’

WHO HE ADMIRES : ‘The explorer Sir Richard Burton for his courage and intelligence.’

WHAT MAKES HIM ANGRY : Narrow mindedness and bigotry.

WHO MAKES HIM LAUGH : Graham Norton and Sex in the City.

* Jeremy was a contestant in Dancing on Ice in January 2010. He was voted off third.

THEATRE CREDITS : Troilus & Cressida; The One You Love; From Hell She Came

* Jeremy appeared in Natalie Imbruglia’s video for ‘Torn’ ‘It launched her career and didn’t do mine any harm’ and has done over 60 commercials which have taken him around the world.

* Jeremy is also a dancer, who at 5 began ballet classes and went on to win a place at the Royal Ballet School when he was 10 and later joined the Royal Ballet at aged 17. He got fed up with the strict regime and suffered many injuries, so turned to acting at 27.

* Jeremy starred – in bed – with Melissa Gilbert (Laura from Little House in the Prairie) in a US drama which was filmed in the Guinness’ castle in Ireland.