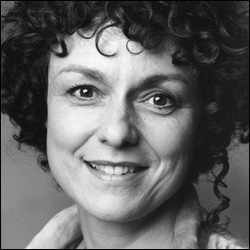 PARTNER : Gary, who owns a shop, which sells and repairs musical instruments.

ON CHARACTER KATE : Kate’s job is to balance the books and where necessary make cuts- which doesn’t make her popular with staff.. but she genuinely cares and tries to do her best.’

THEATRE CREDITS :  The Happiest of Princesses; Candide; Diary of a Desperate Woman; A Midsummer Nights Dream; The Snow Queen; The Eve of St Venus; Perchance to Dream; Servant of Two Masters; The Merchant; Godspell; If Winter Comes; Stags and Hens; A Streetcar Named Desire; The Glass Menagerie; Romeo and Juliet; A Doll’s House; Goodwork and Silence on my Radio; Moliere; Much Ado About Nothing; Music to Murder By; Measure for Measure; Sung and Unsung; The Threepenny Opera; Macbeth; The Lady from the Sea; The Merchant of Venice; Huis Clos; All My Sons; Duet; Brezhnev’s Children; The Yiddish Trojan Women; Kelly & Du; The Criminals; The Dead Fiddler

Joanna Foster continues to work on television including Coronation Street and Family Affairs, as well as regularly singing in her acapella group Anima. She’s also been a part of the bands Kite and Beskydy.

In this article:Joanna Foster, Kate Miller 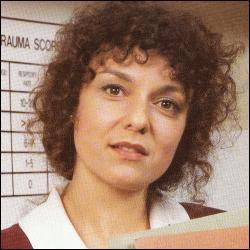