What kind of background has William come from?

William grew up on an estate with family members and close friends who are always on the wrong side of the tracks, trying to bring him down that same path. He never wanted to be that guy, didn’t want to get involved in the bad side of things. He might have been a bit tempted at times but it wasn’t him.

William wants to be the protector of his friends and family that’s what is so nice about him; even though he can’t help everyone, he does try his very best.

In the second episode his ex girlfriend is run over in an attempt to silence her. Why does William consider seeking revenge?

Initially William thinks it’s easier to raise a fist rather than bring people to justice. His attempts to solve the case legitimately were not working and he kept getting knock backs so eventually he takes things in to his own hands. But John puts him back on the right track.

Does William look up to John?

I do draw parallels between the two of them and there is an unspoken admiration from William of John. They both have the lone wolf aspect to them, William doesn’t do much partner work and he’s usually solo on the beat, much like John.

Did you shadow anyone for  research?

Jimmy and I were with a really nice  police officer who took us for a  wander around the streets. All of a  sudden he was on his radio and  shouted to us, ‘guys  we’ve gotta go, we’ve got a call.’

The second he said it my heart started pounding as the adrenaline kicked in. We were literally taking the stairs five at a time.

We jumped in the police car, the blues and twos were on and the siren was wailing. We screeched out of the station and even drove down the wrong side of the road! Half way there we found out they’d apprehended the suspect. The police officer said ‘sorry boys, I really wanted to show you some action’. Jimmy and I just looked at each other and said ‘that’s enough for me!’

Are any of your family in ‘the business’?

My dad, Clarke Peters is an actor and he’s currently in The Wire, he plays Detective Lester Freamon, so I’m going to go out to the US to see him for a while! 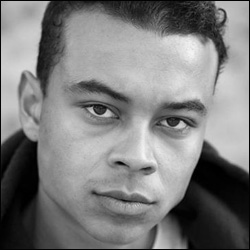 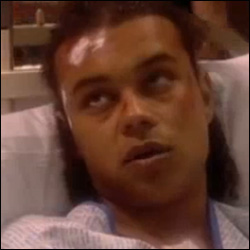