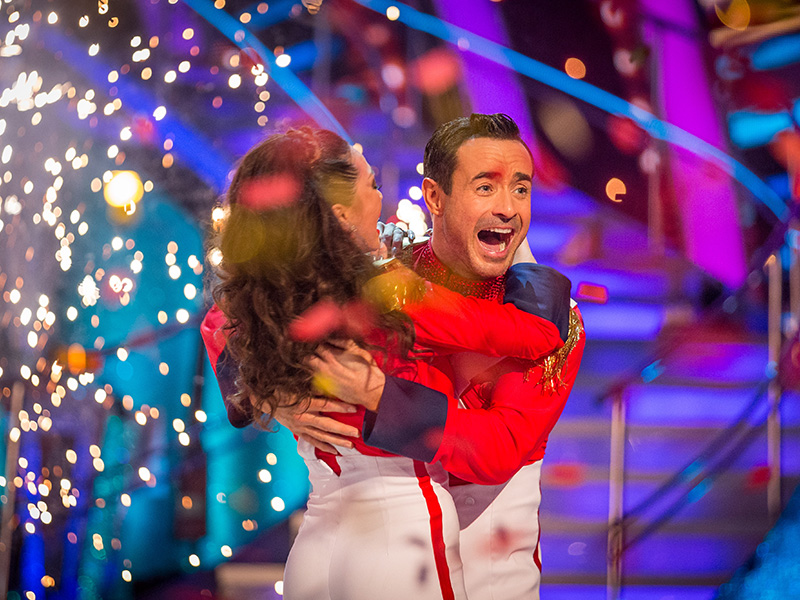 The pair beat off tough competition from Alexandra Burke, Debbie McGee and former CASUALTY actress Gemma Atkinson in the final.

Joe performed three songs in the final, the judges choice – Viennese Waltz to ‘Somewhere My Love’ from Dr. Zhivago, their showdance to ‘You Make My Dreams’ by Daryl Hall & John Oates and the pair’s favourite dance of the series – Charleston to ‘Rag Time Band’ by Ella Fitzgerald.

Joe is the second person from HOLBY CITY to win Strictly – back in 2008, Tom Chambers won the title.

He left our HOLBY CITY screens earlier this month after four years on the medical drama, when his character Raf di Lucca was killed by Hanssen’s son Fredrik. He is next set to appear in the Strictly Come Dancing tour next year.

You won! @mrjoemcfadden I am sooooooo thrilled for you!!!!!! Well deserved!

OH MY FRICKIN GAWD! YES @mrjoemcfadden! I AM OVER THE FRICKIN MOON FOR YOU! ❤️❤️❤️❤️