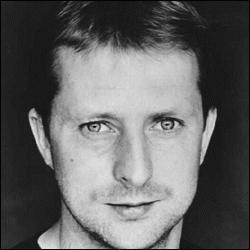 BORN : West Drayton, and grew up there, and later in Surrey.

TRAINED : Academy of Live and Recorded Arts in London.

ON TOM’S DEVELOPMENT IN CASUALTY : ‘I think the writers did an excellent job bringing Tom in slowly and keeping him in the background to begin with, so that when it was revealed that he was the stalker, it was a complete surprise to everyone.’

RESEARCH FOR PART : ‘I went to the Royal London Hospital in Whitechapel, where I was lucky enough to watch some surgical procedures, including a brain tumour being removed. Not for the squeamish!’

WORKING WITH SANDRA HUGGETT : ‘ I got on really well with Sandra. She’s a great actress and real fun to work with.’

ON FAN-MAIL : ‘I’ve had quite a few letter which I’m doing my best to answer. It’s nice to know people are interested enough in the character to write to you.’

TV LIKES : Eastenders; A Touch of Frost, and comedy shows.

PREVIOUS CASUALTY APPEARANCE : Kieron was in CASUALTY previous to playing Tom Harvey; 8 years ago he played a cheating boyfriend who eventually dies.