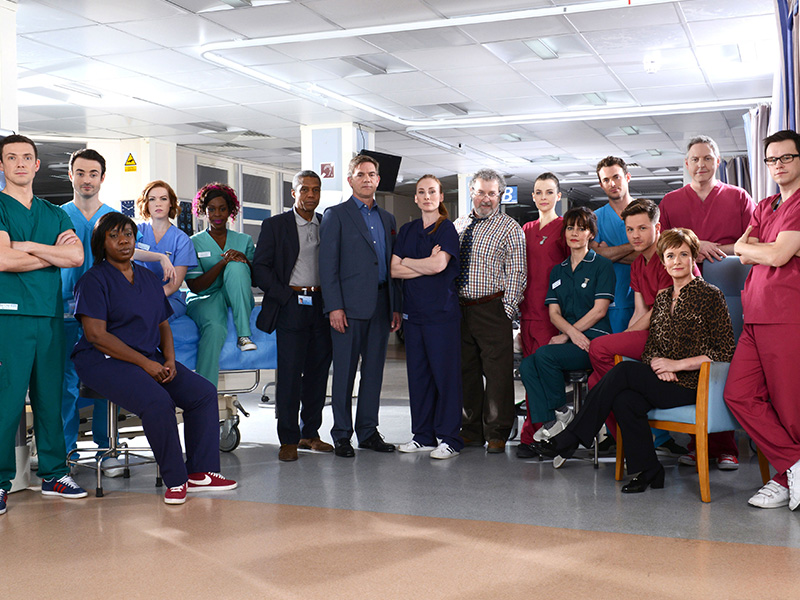 holby.tv can reveal the new cast photo of HOLBY CITY for 2014.

The Series 16 picture features all the recent newcomers to the show including John Michie (Guy), Louise Delamere (Colette), Petra Letang (Adele) and Joe McFadden (Raf) plus the return of David Ames (Dominic) as well as the current regulars.