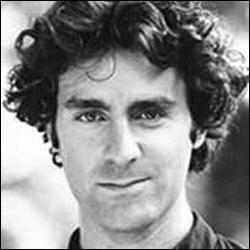 FAMILY : His father owned an art gallery in London

ON HIS CHARACTER MERLIN : ‘Merlin’s a good guy, very humble and ready to learn. During my first appearance I hit it off with nurse Anna Paul. Let’s just say that a relationship is definitely brewing there.’

MUSIC CAREER : Orlando is currently recording as a musician on vocals and guitar with Pete Blythe and Martin Radford.