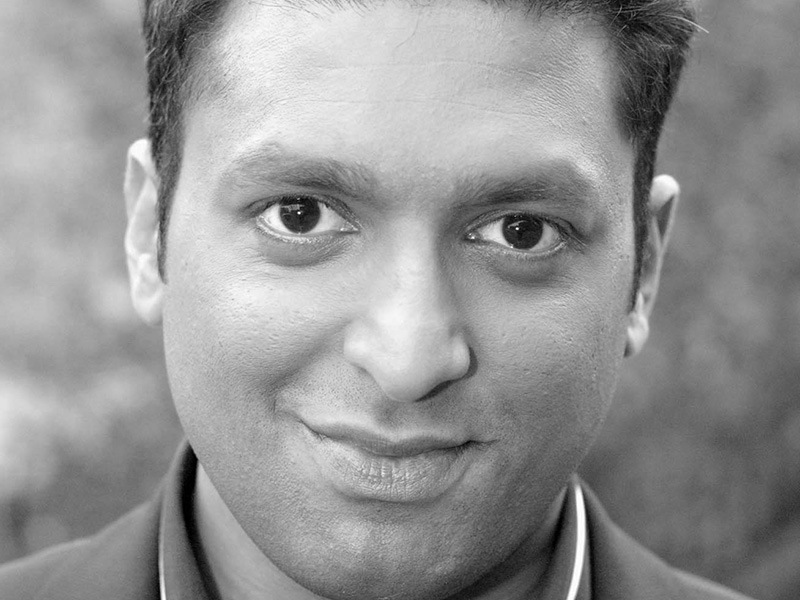 LIVES : When filming CASUALTY, Pal was based in Ashton, Bristol – staying in B&B’s. He currently has a flat in London, and a home in Birmingham.

FAMILY : Pal has two sisters and one brother. His mother hails from Southern India.

PREVIOUS JOBS : Part time as a chef in a restaurant, cleaner, sewing machinist, glass and wood cutter, at a DIY shop in Handsworth – but was made redundant when the shop burned down.

LIKES : Walking and running, ‘I love going on long solitary walks or running in the mountains. I think it’s important to spend some time by yourself and catch up on your thoughts, so it means I get to do both and once.’ Also enjoys cycling, swimming, scuba diving, reading, theatre and listening to music.

ON LEAVING CASUALTY : ‘In my first series I didn’t have an awful lot to do, then in my second Adam decided he wanted to become a nurse which was good for me. When it came to making my third series, I decided to go and they gave me this great storyline to work with. But it never made me think I was making a mistake leaving. If I’d joined the show for financial security, I’d have been petrified about leaving, but taking a gamble is part of the fun of being an actor.’

ON PLAYING GAY ROLE : ‘I’ve had gay men come up to me and say they’ve really liked my portrayal of Adam. So if it’s coming from them and I’m not actually gay, I have to assume I’ve been doing something right.’

ON LIVING IN BRISTOL : ‘I’ve been living out a bag in a B&B in Bristol, which has been wonderful because the owners are so friendly and the place is just lovely.’

ON HIS APPEARANCE : ‘I’m perfectly happy with my appearance – I am what I am and I can’t be doing with all this wishing you were something else, I think I am about the right weight for my height, I just want to be strong enough to carry on from day to day.’

ON TRAVELLING : Pal loves travelling, in 1999 he went to Portugal back packing around the country, ‘I stayed in lots of weird and wonderful places and ended up right in the north of the country which was astonishing.’

FAVE FOOD : Pal is a vegetarian, who gave up red meat six years ago, his favourite foods are cheese crackers, crunchy nut cornflakes and he also has a craving for red wine.

PREVIOUS CASUALTY APPEARANCE : Pal appeared in CASUALTY before his role as Adam; in S7 E15 he played a man in reindeer fancy dress. [More Info]

Pal continues to act including regular roles in The Bill and Coronation Street, most recently appearing in Stella in 2012.

In this article:Adam Osman, Pal Aron 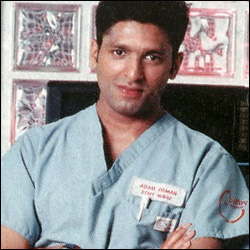 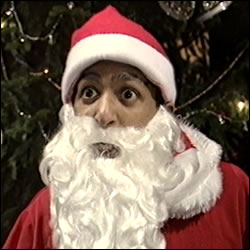