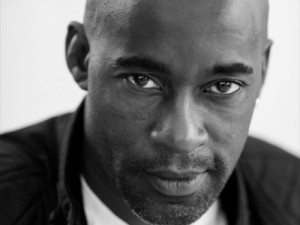 FAMILY : The 5th of 7 children, of his Jamaican bus driver father (who now lives in Deptford) and mother – who moved to the USA, when he was 9. She died of lung cancer, aged 43, when Patrick was 16. His cousin is footballer/ presenter Ian Wright.

PREVIOUS RELATIONSHIPS : Split from Janis, a social worker, met at the Royal Shakespeare Company. They married on a beach in the Seychelles – their only guests being Robson Green and his then wife, Alison.

STUDIED : He studied architecture, but gave up on it, when he got a job at a theatre group. He met Julie T Wallace, who pushed him into drama school, he was awarded a place at London’s Royal Academy of Music and Dramatic Arts. He was then hired by the Royal Shakespeare Company.

CAREER OPPORTUNITIES AT SCHOOL : At 15, Patrick had to choose between trials with Southampton Football Club or his drama classes, which were held on the same day – he chose drama, and hasn’t regretted it, but says he had to ‘think long and hard!’

BEFORE CASUALTY : Patrick toured Africa with the RSC in 1990, ‘Returning to chilly Britain just before Christmas I was fed up, I thought I was about to learn the truth about actors ‘resting’. He then got a call from ‘CASUALTY’ and was delighted.

HATES : Patrick hates hospitals, and refuses to be ill incase he needs to go to one! His fear came from when he was younger, and he almost lost his teeth playing hockey, ‘I had to hang around for hours with my lip hanging off, I sat there looking like a zombie’. Since then, some of the only times he has been to hospital is to attend the birth of his children, ‘It was Janis who was the focus, anyway I knew I had to get used it . Also a day before Ash’s wedding, Patrick injured his hand dislocating two fingers, by playing football. He went up the aisle with a big bandage on his hand!

ON RACISM : ‘Racism I something I deal with everyday, and something that Ash deals with all the time. Normally Ash ignores the taunts, but this time (referring to Hitchins incident) he just snapped’.

NICKNAME : was known as ‘Pat’ on Set.

FILM CREDITS : The Man; Monument; Driven; Belly of the Beast

BOOKS : Appears in ‘CASUALTY : The Inside Story’ by Hilary Kingsley, ‘CASUALTY : Behind the Scenes’ by Rachel Silver, and ‘One Day at a Time’ by Mike Walker – a novel based on Ash’s character.

AUDIO TAPES : Patrick also read for the book, ‘One Day at a Time’.