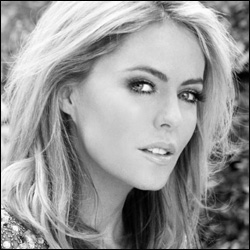 FILM CREDITS : The Great Gatsby; Hanover Street; The Bluebird; Absolute Beginners; The Countryman of God; A Chrous of Disapproval; Lethal Weapon 2; Chicago Joe and the Showgirl; The Atlantic; The Three Tornados; Timebomb; Twenty One; Does This Mean We Are Married; Beltenbros; Blame it on the Bellboy; Turn of the Screw; Bitter Harvest; Kleptomania; The Pack; Tunnel Vision; Dream Man; Angels & Insects; Grace of my Heart; Human Bomb; Speedway Junky; Janice Beard; Pavilions; Best; Things Behind the Sun; Bad Karma; Who’s Your Daddy; The One & Only; Shelter Island

MUSICAL CAREER : Patsy was the lead singer in pop band Eighth Wonder, having three Top 40 singles; Stay With Me, Cross My Heart and I’m Not Scared.

* In 2004 Patsy was nominated for Best Supporting Actress at the National Television Awards.

* Patsy was nominated as Best Actress by the Independent Spirits Awards in 1990 for her role in the Don Boyd movie Twenty One.

* In 1995, she was also nominated for Best Actress in Evening Standard Awards.

* Patsy was offered the role of Ross’ wife Emily in Friends but turned the part down.