Actress Rachel Leskovac left HOLBY CITY nearly two years ago but her character is still fondly remembered. Having played nurse Kelly Yorke who was involved in the show’s biggest whodunnit storyline. After months of specualtion, Kelly was revealed to be the ‘Kellar Killer’ on the wards. Rachel kindly talked to holby.tv about her time on the show and what she’s been up to since leaving…

Do you miss working on HOLBY CITY? What are your fondest memories of working on the show?

When I initially left Holby, I really missed it but now I’m working on other projects, it’s fine now. My fondest memories were having a real laugh with the cast and crew. They were all great people.

Did you enjoy playing your character Kelly Yorke?

Ofcourse! She was such a complex human being. It’s always good when you get the chance to play someone who’s a bit mad – to say the least!

Your character Kelly and subsequent ‘Kellar Killer’ storyline had a huge impact on the show, why did you think it was so popular? Did you have much feedback from viewers regarding your role?

The idea for such a dramatic storyline such as Kelly’s was a new concept to bring into a character for nine months and write anything they wanted allows the audience enough time to connect to the character and give the writer free-range. All the feedback I received was fantastic.

Do you still keep in touch with any of the cast members from HOLBY CITY?

I try to keep in touch with Liam and Tish but it’s hard because we’re all so busy doing different things.

Do you ever watch HOLBY CITY now?

Can you remember your first scene/ words filming on HOLBY CITY? Were you nervous at joining the show?

I remember having to learn to operate a really complicated piece if equipment and try to put on some surgical gloves – my hands were so sweaty because I was so nervous I couldn’t get them on! How embarrassing!

No I learned some jargon but as for real-life – don’t ask me!

What have you been doing since leaving HOLBY CITY?

I’ve gone back to my roots in theatre performing in Billy Liar with Ralf Little and Much Ado About Nothing with Sam West. Also some TV too!

You’ve worked extensively in television and theatre – what do you prefer doing? What would be your dream acting role?

I love acting in both but I think theatre just wins over TV. I love a live audience. I’d eventually like to play Mrs Lovett in Sweeney Todd.

a) book you read – Much Ado About Nothing

b) film you watched – Oliver Twist by Roman Polanski 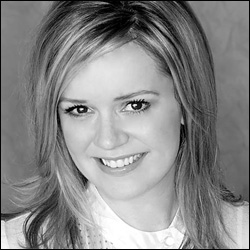 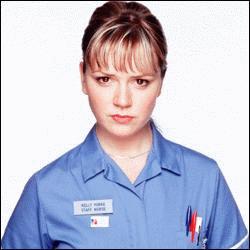 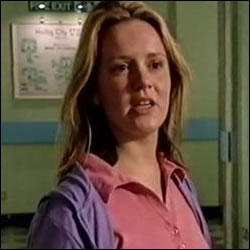