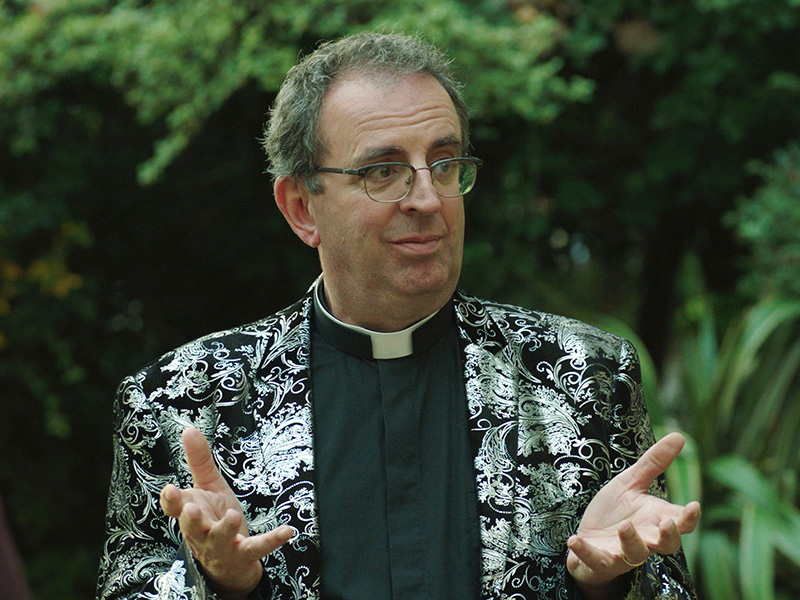 Love is in the air at Holby City Hospital in a special episode of BBC One’s long-running medical drama, due to air on Tuesday 11th December. A wedding is planned – and the happy couple need a Reverend to officiate the ceremony.

Can Serena and Bernie overcome their issues? With their plans in chaos, what’s next for Jason  and Greta? And when Dom realises he must fight for his relationship, will a grand gesture be enough to win Lofty back?

Reverend Richard Coles says: “Thrilled to be invited finally to exercise my ministry of healing at Holby City, which has been my healthcare provider of choice for twenty years – and to officiate at an occasion so joyous even the late Professor Gaskell would have cracked a smile.”

Simon Harper, Executive Producer of Holby City and Casualty, says: “After a dark year for the hospital, Holby is now revving up for Christmas and 2019 in this joyous episode celebrating love and commitment in all their diverse forms. As to which Holby couple ends up actually tying the knot, I couldn’t possibly divulge, but I can say it’s an incredible honour to have the iconic Reverend Richard officiating!”

Further guest names are also confirmed to appear in this episode, including Gemma Oaten as Sydney Somers, Amanda Henderson as Robyn Miller and Jenny Howe as Alexandra ‘Lexy’ Dunblane.

In this article:Reverend Richard Coles