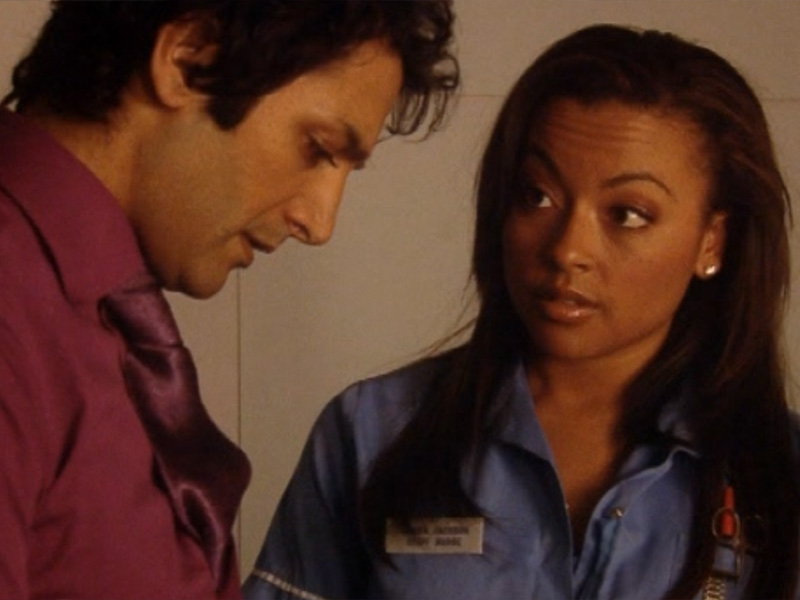 Chloe Baxter is suffering complications since her miscarriage, and Linden insists that he’s the one to operate on her. In theatre, Linden accidentally calls Chloe ‘Olivia’, but when Maddy confronts him about his strange behaviour he’s reticent. Later, Linden is close to tears as he leaves the hospital.

Connie is distraught when her daughter, Grace, is admitted to Holby after falling down the stairs. Grace is unconscious and her condition is stable, but it soon starts to worsen. Sam is angry with Connie for not telling him sooner, but they’re both frantic when a brain scan reveals evidence of a cerebral oedema.

After much flirting, Donna and Michael end up kissing. As they tear each other’s clothes off, a phone call interrupts them and Michael leaves suddenly. Donna is unaware that it was Michael’s wife on the line.

* ‘You Are My Lucky Star’ plays at the end of the episode.