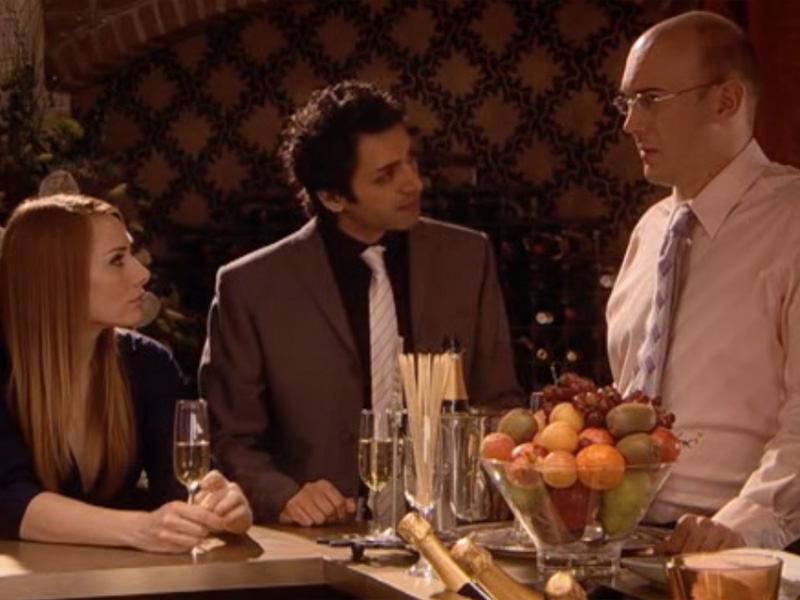 Chrissie is depressed about having to remove her facial bandage because of an infection. Chrissie shows Mark a letter from Stuart’s lawyers with a cheque for £25,000 but Chrissie doesn’t want to accept Stuart’s money. Later, Chrissie tells Mark that she’s leaving Holby to clear her head – and she’s taking Stuart’s cheque with her.

Meanwhile, Michael sucks up to Connie, anxious about the fact she caught him and Donna in the locker room, and Connie takes the opportunity to wind Michael up. Later, Michael changes his mind about taking Donna to a work dinner after she gets all glammed-up – and Connie likens the scenario to the film ‘Pretty Woman’.

Sam anxiously waits to be given the all-clear from his sepsis. When Maria visits Sam with the news that his sepsis has cleared, Sam decides it’s the perfect time to tell Maria that they should remain just good friends.

* ‘Falling Slowly’ by Glen Hansard plays at the beginning and end of the episode.

* ‘No Good’ and ‘Back to Black’ by Amy Winehouse were played in theatre.