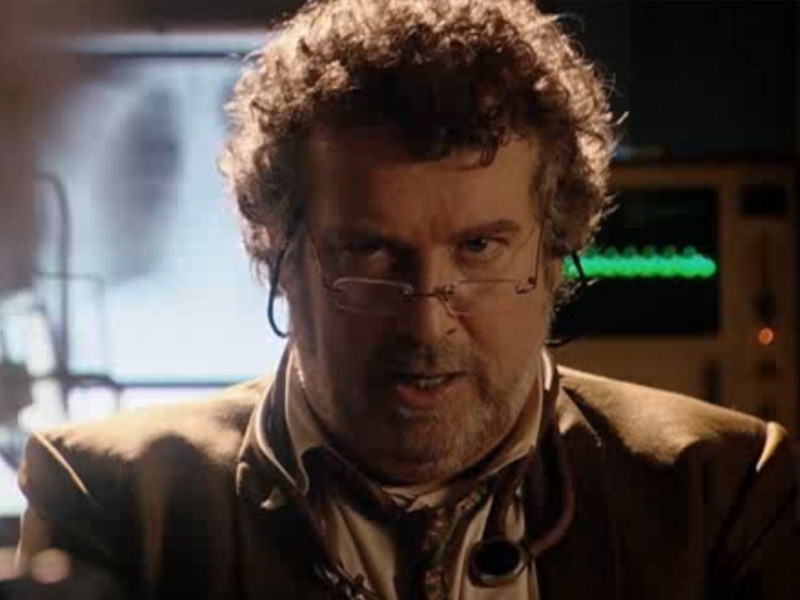 Still unconscious from her motorbike crash, Jac is now back at Holby and is rambling odd words about ‘Faye’ and ‘Lucas’ to a confused Linden. Faye tries to keep Joseph from seeing Jac, but when Linden tells Joseph about Jac’s ramblings, a confused Joseph quizzes Faye, who claims that Jac is still traumatised from her accident.

When Jac eventually wakes, she tells Joseph that Faye is married to Lucas. Lady Byrne tells Joseph to trust Faye, but his suspicions are confirmed when the bank calls to tell him that £5,0000 cheque he gave to Faye has been cashed. Later, Joseph takes a call from Faye’s husband who simply says: “Tell Faye I’m going home and not to follow me”.

Elliot’s old friend Gordon Ramsay has been invited to open a press event for the Byrne Foundation, as he’s raised thousands of pounds for the hospital Trust fund – but a reporter is cross that Gordon is not the TV chef, and hunts for a bigger story. When Gordon reveals he’s suffering from Alzheimer’s, Elliot vows to help with his treatment.

But Lady Byrne refuses to use hospital funds to treat Gordon, and when Elliot breaks the bad news to Gordon, the old man threatens to tell the press that the Trust’s main fundraiser can’t get treatment. Later, when Gordon introduces Lady Byrne as Gina, a distraught Elliot tells Lady Byrne their relationship must come to an end.

* ‘Breathe Me’ by Sia is played in this episode.

* ‘Not all the men in the hospital are under your thumb’ Jayne tells Connie.

* Connie offers £500 for Michael in the auction.

* Elliot tells Lady Byrne ‘I could never see myself married to anyone other than Gina’.