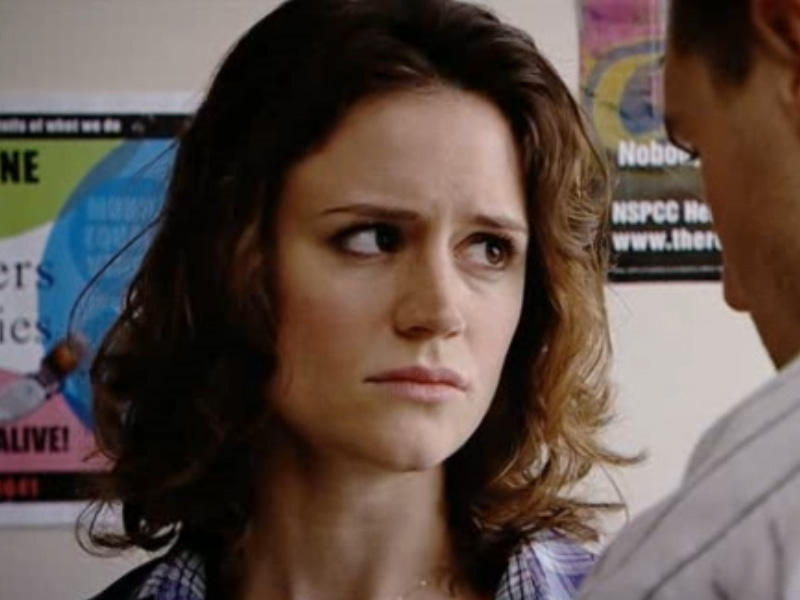 Abra continues to have flashbacks to his work in the Congo and Ric tells him that his promotion is on the line if he doesn’t straighten himself out. Meanwhile, doctor Carl Webster – aka ‘the patient from hell’ – visits Holby for treatment for a serious lung disease.

Maddy tells Carl that she took his medical lessons five years before and he suggests that she assists Ric during his operation. Complications occur when Carl’s lungs start to bleed but Maddy acts quickly and stops the bleed in front on an impressed Ric – and an even more impressed Carl.

Later, Carl’s daughter, Rebecca, collapses with stomach pains and blood tests show she has miscarried – but she says she’s never had sex. In theatre, Abra examines Rebecca’s body while holding a scalpel and has a flashback of a woman in the Congo. When Ric asks Abra to step away from Rebecca, Abra lashes out with the scalpel, cutting Ric’s arm.

Also, Maddy discovers the real reason Liam Harris died. Maddy goes to see Jayne with the results but Jayne wants to know how she came to find them.