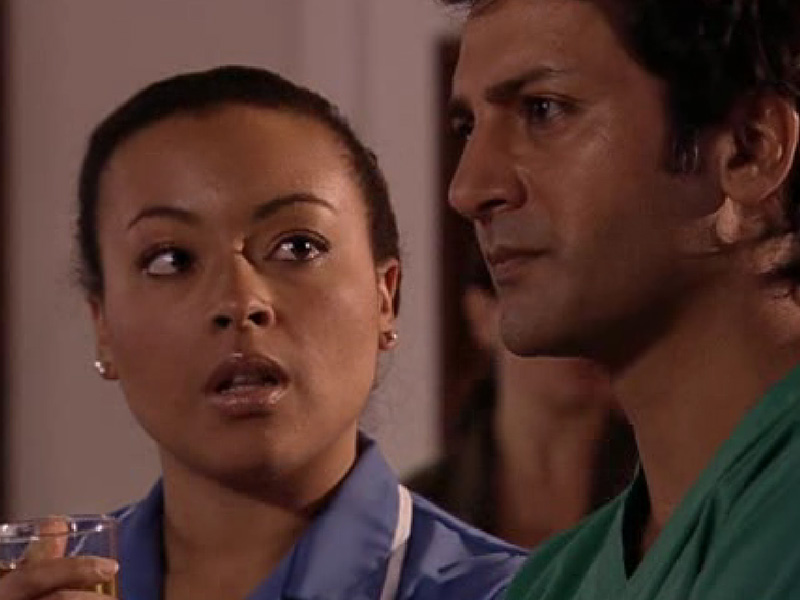 It’s the day of the operation to separate the conjoined Tan twins but Jayne is taken aback when a journalist reveals they know the surgery is being funded by known child abuser, Rev Steve Randall. As the operation gets underway, Jayne does a good job of explaining herself to the board but they insist she must find money from elsewhere – or stop the procedure.

As Jayne protests, the board warn her they will expect her resignation if anything goes wrong. Meanwhile, in theatre, Connie and Elliot run into problems with the weaker twin, but Connie fights to save it. Later, Jayne tells the world’s press that, as no one other than Randall offered to pay for the op, she would have taken cash from the devil himself.

Jac looks on in envy as Joseph and Faye work together in theatre. In a bid to separate them, Jac tells Ric all about Faye’s disabled son Archie, suggesting Faye’s too close to the situation. Ric tells Faye she’s no longer needed in theatre. Later, Michael and Ric consider the difficult procedure of separating the livers of the twins, as they are next to operate.

Also, Maddy encourages Kyla to take a chance on patient Dorian Roberts, as she has to move on with her life. As Kyla agrees to a date with Dorian, Maddy intercepts another letter from Abra…