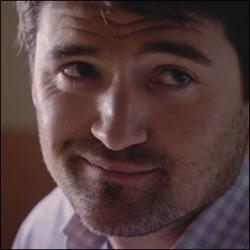 Sam is furious when Maddy shares her concerns about his health with Elliot. Sam tells them he has been given the all clear, but they don’t believe he has collected his results, so Elliot requests them from Oncology. When it transpires that Sam has non-Hodgkin’s lymphoma stage 3, he is in shock.

Donna sees new General Surgeon Consultant Michael Spence being beaten up in the car park on his first day of work. When she asks him about it, he turns on her. Later, feeling guilty about his behaviour, he buys her concert tickets to say sorry.

It is also Maria’s first day as a Staff Nurse and she is determined to prove herself.

* The song ‘Friends and Family’ which is played at the end of the episode is written and performed by Ollie Sloan.