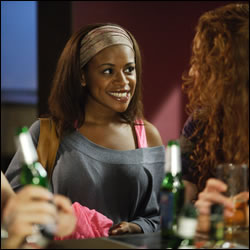 Ric reveals the revamped Keller Ward and theatre, which is put to the test immediately as a member of the party collapses and needs treatment, in tonight’s episode of the medical drama. But the new equipment doesn’t work and Ric has to perform without it, much to his embarrassment.

Elsewhere, Daisha is more confused than ever about whether or not to have her son adopted. Faye doesn’t understand Joseph’s strong bond with Daisha and her newborn baby.

There’s also a tragic accident in the hospital when anaesthetist Jamie messes around with the defibrillator.